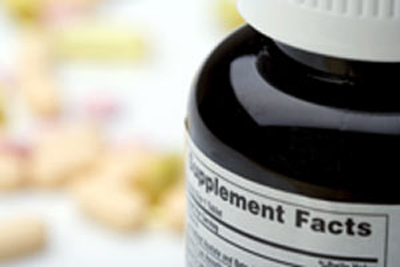 You saw the sensational media headlines last week: calcium supplements cause heart attacks! We told you the truth about this several weeks ago, before the latest research came out. If you take calcium, be sure to read this.

The source of the media hype was a British Medical Journal article which reported on a survey of fifteen trials in which participants (all over age 40) were given at least 500 mg of elemental calcium per day. The researchers concluded that calcium supplements increase the risk of myocardial infarction by about 30% over five years.
This was another example of bad research, poorly constructed from a scientific point of view. But it does contain an element of truth that we all need to understand.
First, the research itself: Daniel Fabricant, PhD, vice president of scientific regulatory affairs for the Natural Products Association, said the results of this study go against years of research showing the benefits of calcium supplementation, and suggested that the authors of the research “cherry picked” the fifteen studies from hundreds of available research studies in the area.
Andrew Shao, PhD, senior vice president of scientific and regulatory affairs for the Council for Responsible Nutrition (CRN), said that their conclusions are “dramatically overstated….Seven of the fifteen trials evaluated had no, or incomplete, data on cardiovascular outcomes…. Further, the researchers chose to exclude any trials administering calcium plus vitamin D—including the Women’s Health Initiative, which found calcium plus vitamin D had no effect on the risk of coronary heart disease or stroke.”
This last point—about taking calcium with vitamin D—is vital but still incomplete.
As we reported just last month, supplemental calcium should never be taken alone. It needs additional magnesium, vitamin D, omega–3 fatty acids, and vitamin K (in particular, vitamin K-2, which is especially important). Without these essential co-factors, the calcium may end up in our blood vessels or our heart, where it causes harm, rather than our bones, where it is needed. So long as these co-factors are taken as well, many studies have shown that added calcium plays an important role in building and maintaining bone mass—and also reduces the risk of colon cancer.
It is unarguably true that many people are taking calcium in the wrong way. The answer is not to stop taking it. There are enough cases of bone loss (osteoporosis) as it is. And the potential side effects of osteoporosis drugs are truly scary.
In the article we ran about calcium several weeks ago, the World Health Organization was urging world governments to put extra calcium in everyone’s water supply. We explained that this was a bad idea. Now the British Medical Journal is implying that any supplemental calcium is unsafe, which is untrue if the needed co-factors are taken too. So, in effect, one conventional medicine authority is saying one thing, and another conventional medicine authority is saying the opposite.
What this underscores is that the general public needs access to health advisors—including integrative MDs, and doctors of osteopathy (DOs)—who know about proper supplementation and can give the kind of expert advice that is needed. Conventional medicine’s attacks on the licenses of integrated doctors for practicing outside the conventional “standard of care,” which often means recommending particular supplements, doesn’t harm those physicians alone, but the entire American public.
People will take supplements whether conventional medicine (and especially the giant drug companies backing conventional medicine) like it or not. So it is particularly dangerous to try to shut down doctors who are skilled in the use of functional foods and supplements.