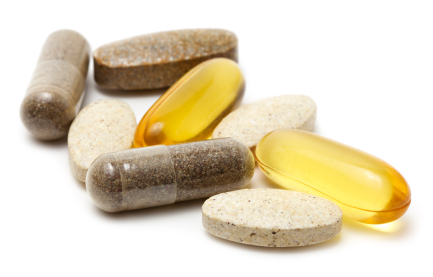 They’re safe, effective, and backed by decades of solid research. So why has California made their sale illegal unless accompanied by a scary and verbose warning label? A state Action Alert!


Both pregnenolone and DHEA are naturally produced “parent” hormones to a variety of other hormones, including the sex hormones estrogen, progesterone, and testosterone, as well as hormones vital for controlling blood mineral content and metabolism. And both DHEA and pregnenolone have a number of startling benefits.

Pregnenolone aids in the development of new brain cells, produces significant improvements in both depression and schizophrenia, and shows promise in mitigating memory loss and even some of the abnormal structures in Alzheimer’s disease.

DHEA supplementation helps create improvements in muscle strength and bone mineral density, with a reduction in body fat mass, and there is substantial support for DHEA supplementation in adrenal insufficiency, hypopituitarism, osteoporosis, systemic lupus, depression, schizophrenia, and balancing the overproduction of cortisol produced by excessive stress. Too much cortisol ages us rapidly; a little extra DHEA can make all the difference.

Despite the overwhelmingly positive scientific research (last year alone, 380 new papers were published about DHEA), and despite their having been shown to be both safe and effective in decades of continued use by millions of people, California now mandates a warning on both DHEA and pregnenolone saying, in a lengthy text, that exceeding recommended serving may cause “serious adverse health effects” like rapid heartbeat, dizziness, blurred vision, or seizure. Such a warning will scare consumers away from these important supplements. No peer-reviewed studies have ever shown that DHEA or pregnenolone are associated with rapid heartbeat, dizziness, or blurred vision. No published studies have shown any risk of seizure from pregnenolone supplementation unless the patient already had a history of seizures.

If you are a California resident, please contact your legislators and ask them to create an exemption for DHEA and pregnenolone in Section 110423(b) of the California Health and Safety Code.