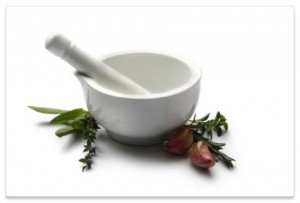 Once again the rogue agency is thumbing its nose at members of Congress. Action Alert!
Last week we told you about the new threat to compounded drugs from the US Pharmacopeial Convention (USP) and asked you to send a protest message to USP. Our thanks to the many thousands of you who responded. Now the US Food and Drug Administration is dramatically increasing the cost of compounded drugs and is once again interfering with the practice of medicine. At issue is what is called “office use.”
As we explained in 2012, “office use” is when a physician, in his or her office or other treatment area, administers a compounded medicinal preparation directly to a patient for the immediate treatment of a problem. In these instances a doctor would need to have a reserve supply of compounded drugs on hand without a prescription. Pharmacies might be called upon to repackage manufactured drugs to produce various compounded formulations in advance of a prescription—especially if they know they have a standing order on certain formulations.
Now the FDA, purportedly based on underlying congressional action, appears to be trying to kill office use and pharmacy repackaging. In a response to a letter from concerned members of Congress, the FDA stated, “A compounding pharmacist may not dispense compounded medications for office use, but rather, must obtain a prescription for an individually identified patient.” The agency has also sent a warning letter to a pharmacy regarding its alleged office use “violation.”
As a result, there has been tremendous confusion in the medical community and among state pharmacy boards. Fearing retaliation from the FDA, pharmacists are now reluctant to supply doctors with compounded drugs for office use. This means the FDA is actively interfering with the practice of medicine.
Doctors will now have to go through bureaucratic rigmarole and delay for each drug and each patient, which makes access to compounded drugs very difficult for patients and increases the cost of the medicine significantly. ANH-USA heard from one doctor, who described his real-world experience with office-use compounding:

I have occasion to see people with degenerative joint disease. One of the best treatments to inexpensively help the body regenerate cartilage and stop joint pain is to inject glucosamine, MSM, and methyl-B12 or hydroxy-B12 into the joint. This works so much better than injecting cortisone, and is not destructive to the cartilage as is cortisone.
Just last year I could keep bottles of these ingredients and use them in patients as needed throughout the day.
Now, I need to prescribe the glucosamine, MSM, and B12 for each individual patient, the compounding pharmacy will send the ingredients to the patient and charge for the prescription, the patient will bring the bottled ingredients to my office at their next appointment, and then I can do the injection into the joint. This delays needed treatment, and makes it unduly expensive.
I have occasion to see patients who have fibromyalgia and chronic fatigue syndrome. One of the most important treatments involves the injection of intravenous nutrients. It used to be possible to stock bottles of the several nutrients listed below and put the needed dose into an IV bottle and administer the IV solution.
Now, I need to prescribe the exact dose of each nutrient, each bottle gets charged and sent to the patient in the mail, the patient needs to bring it all to the medical center, my staff needs to put each nutrient into the IV bottle, and then the patient can receive the IV solution.
The cost has dramatically increased. We used to be able to charge about $150 for the solution; it will now cost about $400 under the new rules.
We have been providing safe and quality individualized care for many years with the help of the compounding pharmacists with whom we have relationship. Now we are severely hampered by unneeded regulation.

Several members of Congress have said that when the final version of the compounding legislation was passed, Congress did not intend to place limitations on office use. Historically, office use is addressed in state legislation and has been the purview of the state pharmacy boards.
In fact, several Congress members stated for the Congressional Record that they completely disagree with the FDA’s position on office use:

ANH-USA is part of a coalition that is tackling this issue. The coalition, which includes doctors and pharmacists (we are the only organization representing consumer interests), sent a letter to both the Senate Health, Education, Labor, and Pensions Committee and the Energy and Commerce Committee to alert them to the issue. We told them that access to many drugs for office use is being stopped, including:

And that’s just the tip of the iceberg when it comes to the medications affected. Of course, these office use restrictions have nothing to do with the New England Compounding Center tragedy that spurred the whole legislation in the first place. Make no mistake: the FDA’s actions only make sense as a way to protect the pharmaceutical industry’s monopoly on drugs. The FDA depends on Pharma, not compounders, to pay its bills and also provide jobs following government service, which is known as the revolving door.
Action Alert! ANH-USA is launching a new microsite that explains and addresses the many serious problems physicians, pharmacists, and patients have with the FDA’s implementation of the compounding law. We will be pursuing legislative fixes, but it all starts with our petition to the FDA. Please go to www.SaveCompounding.org, learn what’s at stake, and send your messages to Congress and the FDA. Please take action immediately!

Also, if you didn’t do so last week, please send a message to the US Pharmacopeial Convention (USP) and tell them to revise their “hazardous drugs” rule!