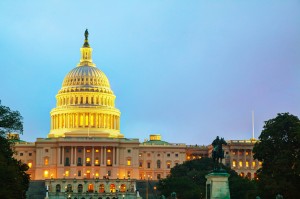 It’s called a 21st century bill, but this extraordinarily dense legislative proposal follows an old, 20th century paradigm: if there’s an illness, create some new government-subsidized drugs to throw at it. Action Alert!
The “21st Century Cures Act” is close to 400 pages long. If enacted, it would dramatically alter the ways pharmaceutical and medical device products are regulated in the US.
The bill has not yet been introduced, but has broad support in the Republican-controlled House Energy and Commerce Committee. It appeared that committee chair Fred Upton (R-MI) had broad bipartisan backing until his lead collaborators, Rep. Diana DeGette (D-CO) and ranking member Rep. Frank Pallone (D-NJ), pulled their support. DeGette did not give a reason for her withdrawal; Pallone stated it was because the proposal creates more problems in the healthcare system than it solves, and that the draft bill does not include “any real dollars to fund additional basic research at the NIH.”
We are opposed to the bill as it stands and are working with Energy and Commerce to see if our major concerns can be addressed. Although its stated purpose is to modernize medicine, it is mostly focused on streamlining the drug approval process and extending market exclusivity (and therefore profits) for drugs. In other words, it basically throws more money at an old system, while expecting things to change. This is a 20th century paradigm, not a 21st century one.
Market exclusivity for drugs is a major part of the problem in healthcare today and especially the cost of healthcare. Giving drug companies even more years of government enforced monopoly is no solution.

This legislation is not, however, all bad news. We are intrigued by several features of the bill:

This is a huge bill, one whose depths we have not yet fully plumbed. We will, as always, keep you posted on new developments as the bill is introduced and makes its way through Congress. Be prepared for some major opportunities to make your voice heard!
Action Alert! Since the bill hasn’t yet been formally introduced, now is the best time to amend the language. This bill is expected to move quickly, so it is essential that we express all of our concerns now. Write your senators and representative, explain your problems with the bill, and ask them to amend it before it’s introduced. Please take action immediately!