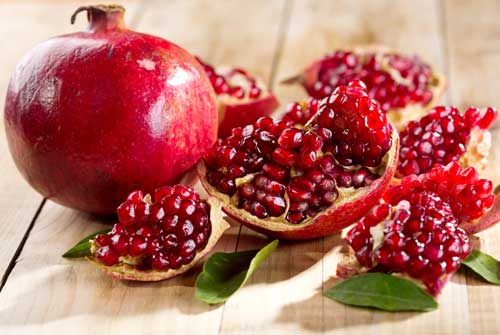 In breaking news, the DC Appeals Court says that would be unconstitutional. But the rest of the decision in the POM Wonderful case was disappointing.
Last August, ANH-USA filed a friend-of-the-court (amicus) brief in support of POM Wonderful. The Federal Trade Commission had barred the pomegranate juice company (and, by extension, other natural product companies) from advertising any so-called disease-related claims about their product unless it is backed by two random-controlled trials (RCTs).
RCTs are immensely expensive, and many natural products companies could never afford one RCT, let alone two, for each product for which they might wish to make a disease claim. A disease claim, under federal law, is any health claim that gets specific. For example, “better heart health” would not be a disease claim. But lowering blood pressure would be. The FTC’s order basically warned food and supplement producers never to make a specific disease claim unless they were prepared to spend what could be hundreds of millions of dollars on an unpatentable product.
The pomegranate juice company has spent many millions on health research of its own in addition to relying on academic research. It fought back, appealed the ruling, and the case was being heard in the DC Court of Appeals. On January 30, the three-judge panel returned its decision: the FTC’s blanket requirement of at least two RCTs as a precondition to any disease-related claim is indeed unconstitutional under the First Amendment—just as we had maintained in our brief.
The court stated that the FTC must “demonstrate a ‘reasonable fit’ between the particular means chosen and the government interest pursued….Here the commission fails adequately to justify a categorical floor of two RCTs for any and all disease claims.” The court noted that requiring two RCTs without justification would be very costly, and could ultimately deny consumers useful and truthful information about products. This would, in the words of the ruling, “subvert rather than promote the objectives of the commercial speech doctrine.”
So far so good. But then the court’s logic got very murky. Although a requirement for two random-controlled trials would be unconstitutional, one could be OK. Huh?
This is just one case. But based on this precedent, it’s likely that a future court would require at least one RCT. Depending on the quality of the clinical trial and the type of disease claims being demonstrated, the number of RCTs required may vary.
As we have long noted, RTCs don’t even fit food and supplement research perfectly. A drug molecule can be better isolated in its effects, although interactions with other drugs are inadequately studied. Foods and supplements are just part of our diet and often depend on co-factors. For example, supplemental calcium should not be taken without supplemental K2, but isolating it for an RCT would miss that. In addition, the effect of a food or supplement will depend in the first place on whether the subject is deficient in that nutrient. No one is nutritionally deficient in a drug. Random choice of participants for a food or supplement study is therefore illogical.
The court in this case stated that any commercial speech restriction must “directly advance the governmental interest” and “[must not be] more extensive than necessary to serve [that] interest.” This is an interesting choice of words. We would have thought that we should worry about the public interest, which is not necessarily the same as the government’s interest. In any event, it seems the only reason the court struck down the two-RCT requirement is because there could be less restrictive means to the same end, such as one RCT.
Our amicus brief highlighted another important issue as well. We argued that the FTC’s RCT requirement violates the notice-and-comment rulemaking process—that the FTC is essentially making new law, and must give the American public sufficient time to make formal comments. We made the same argument in our Citizen Petition to the FTC. Unfortunately, the court disagreed, in effect saying the FTC is free to create law this way where they are not specifically altering current law.
ANH-USA will continue working to rein in the FTC as it tries to make new law on its own. The appeals court’s word is not final. We’ll keep you posted.