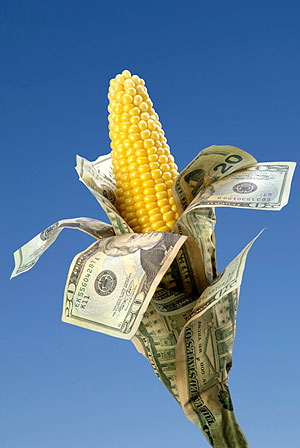 Things are looking up, but it’s important that we keep up the pressure. Action Alert!

You may recall our recent reports on the two riders before Congress that the biotech industry was so excited to get inserted into important bills. The first was in the big House Ag Appropriations Bill, which controls the vast majority of spending on agricultural concerns. The amendment in question would strip federal courts of the authority to halt the sale and planting of illegal, potentially hazardous genetically engineered crops even while USDA is still assessing their hazards.
Last week, the House passed a six-month spending bill that will keep the lights on in government agencies until March 2013. Happily, the GMO rider in the Ag Appropriations Bill was not included in that spending bill. The Senate will probably get to their version of the Ag Appropriations Bill this week, wrapping up the spending bills for this Congress before heading out to campaign until the November elections. But since the GMO rider was never in the Senate’s version of the Ag Appropriations Bill to begin with, this means the GMO rider is dead!
The 2012 House Farm Bill contains a number dangerous GMO riders we’ve told you about, but the bill is still languishing in the House and is set to expire on September 30. There are a number of possible scenarios:

It’s anyone’s guess what will happen, so we encourage you to keep calling and sending your letters to Congress. Ask your representative to reject the biotech industry’s Farm Bill riders! Please take action immediately—even if you’ve done so previously!

Of course, ANH-USA and many other consumer groups believe the Farm Bill is deeply flawed and should be rewritten from scratch. Between 1995 and 2011 taxpayers spent $277 billion on agricultural subsidies. Much of this money subsidizes genetically engineered corn and soy, which is then processed into high fructose corn syrup and other junk food ingredients, accelerating the obesity epidemic in America.
US PIRG, the federation of state Public Interest Research Groups, collected 72,000 petitions from citizens and 532 endorsements from small farmers opposing these lavish subsidies to big agriculture. Their report, Apples to Twinkies, points out that if consumers were paid directly in the same proportions as the federal subsidies, they would receive $7.36 to spend on junk food and 11 cents to buy apples. As Dr. Joseph A. Mercola puts it, “In other words, every year, your tax dollars pay for enough corn syrup and other junk food additives to buy nineteen Twinkies, but only enough fresh fruit to buy less than a quarter of one red delicious apple.”
Big Farma spent $200 million in lobbying and campaign contributions in 2009. Over 50% of farm subsidies went to only 4% of American farms—the huge factory farms, of course. And, as Dr. Mercola notes, “Since 1995, 90% of the $245 billion in agricultural subsidies went to producers of just five crops—and 30 percent went to corn. This is why high fructose corn syrup is found in nearly every single processed food on the shelf.”
On October 6, a conference aimed at healthcare practitioners (but open to the general public) will be held in Los Angeles. The “Seeds of Doubt” Conference will present compelling research from renowned experts and top scientists on the detrimental effects of GMOs and their impact on our health and environment. The conference will also help support the Label GMO initiative in California. There will be live streaming free of charge; info about the viewing site will be made available two weeks prior to the conference on the “Seeds of Doubt” website.