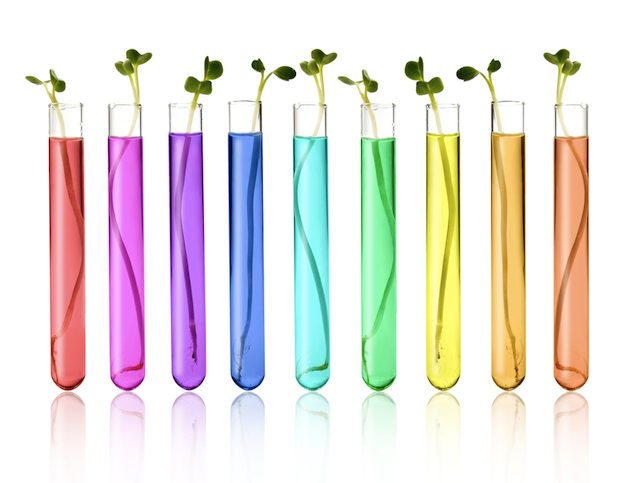 Not if we stop them!

As we reported a few weeks ago, these amendments represent a sneaky, behind-closed-doors attempt to make GMO foods immune from court review. Now we have learned of an even sneakier, even more questionable legislative maneuver that might get them passed.
The usual procedure for passing bills in Congress is for the House to pass its version and the Senate to pass its version. The two bills are reconciled by a joint conference committee, and then both chambers pass the final bill.
The Senate has already passed its version of the Farm Bill, the comprehensive omnibus bill that is the primary agricultural and food policy tool of the federal government for the next four or five years. The House version, which includes the sneaky pro-GMO amendments, has run into trouble. We have learned that the House Rules Committee has scheduled a hearing today (Tuesday, July 31) on a one-year extension of the 2008 Farm Bill—a Continuing Resolution, or CR. If passed in the House (it will very likely fail in the Senate), this will trigger a conference committee.
But here’s the dirty trick: the conference committee won’t be reconciling the Senate bill with the House’s CR. Instead, it will reconcile the Senate bill that passed, with the House bill (including the bad amendments) that was never brought before the full House, much less passed by the House! If this illegitimate procedure is followed, the terrible GMO amendments could get into the final bill. Once this bill is final, it will be too late to strip out the amendments. The bill will pass.
There are a few pieces of legislation that are considered “must pass,” usually appropriations bills. Riders are often tacked onto these often unrelated bills in the hopes they’ll be approved without any fuss, since the main bill is essentially assured to pass.
This year, the powerful (and exceedingly well-funded) biotechnology industry inserted three pro-GMO amendments—two into the Farm Bill, and one into the Agriculture Appropriations Bill. These riders are wide-ranging and could change the face of the federal regulatory framework for genetically modified organisms. Only a large and powerful grassroots effort can compete against these riders.
This is the first time the GMO industry has ever asked Congress for everything it wanted. (We like to joke that they came just shy of asking for a magical unicorn!) The good news is that they showed their hand, so we now know exactly what they want and our allies in Congress know exactly what to watch out for.
The aforementioned Farm Bill riders would outlaw any EPA review of a genetically engineered crop under the Environmental Policy Act and the Endangered Species Act. This terrible legislation would ensure that no agency other than the USDA (which is decidedly pro-GMOs) will be allowed to provide analysis of the impacts of GMO crops. Further, the riders also establish extremely short deadlines for approval of GMOs. If the crops are not reviewed and approved within the extremely short timeline, they would default to immediate approval and commercialization.
Here’s where we stand now:

Don’t let these riders sneak in through the back door without being debated and passed by the House! Please contact your representatives immediately and voice your objection to this rider. Take Action Now!

In addition, a third rider—the one attached to the Agricultural Appropriations bill—would, as we noted earlier this month, strip federal courts of the authority to halt the planting of genetically engineered crops while the USDA is still assessing their environmental hazards. If this language stands, it will completely undermine the judicial review process, and will encourage the unchecked deregulation of GE crops despite terrible environmental and health effects.
Here’s where we stand now:

Urgent action is still needed—it’s possible they’ll consider the appropriations bill this week before they recess, so please send your messages today! However, after our meetings on Capitol Hill it appears that the Agriculture Appropriations bill will likely be dropped into a new omnibus spending bill to be considered after the recess, in which case it is unlikely the GMO rider language will be included. Unlikely, but not impossible—so please contact your congressional representative right away.

9 responses to “Will Those Sneaky GMO Amendments Pass Because of an Underhanded Maneuver?”