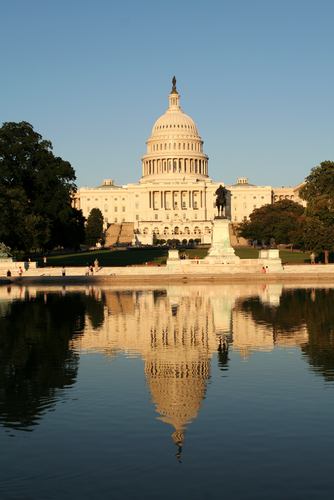 This new bill pretends to be consumer-oriented but instead will give the FDA new powers it could easily misuse, restricting your access to supplements and raising the cost of buying them. An important new Action Alert for Congress!

Last week, Sen. Dick Durbin (D-IL) introduced S.1310. The Dietary Supplement Labeling Act would create new and burdensome regulations for supplement manufacturers—supposedly in an effort to protect supplement consumers. As we have said before, the FDA already has the power to protect consumers. In many cases, it does not choose to use these powers. Giving the agency even more power, especially murky powers that could easily be misused, will not make the situation better.
The bill has already been filed but the text is not yet available online as it should be. You can read an advance draft copy of the bill on our website.
As we reported just before the bill was introduced, the bill is disingenuous. It was purportedly created in response to the recent “Lazy Cakes” brownie controversy we told you about (the brownies contained melatonin). Lazy Cakes was unarguably a food product sold by a renegade food company. But this bill targets supplements and supplement manufacturers. Basically the bill exploits a hot-button food issue to try to pass more regulation for dietary supplements.
There is hardly any mention in this bill of food companies like the one that made the Lazy Cakes. In fact, the only reference comes at the very end of the bill, where it requires the FDA establish a definition for the term “conventional food.” But the FDA has already written draft guidance setting out the difference between dietary supplements and beverages and clarifies what “cannot be represented for use as a conventional food” means. The Agency has been sitting on this since 2009!
Durbin’s bill requires that the FDA, together with the government’s Institute of Medicine (IOM), compile a list of dietary ingredients (read: supplements) that could lead to adverse events or are otherwise deemed risky in some way. Dietary supplement manufacturers would have to put mandatory warnings on labels for any ingredient on this list. This sounds a lot better than it is for a number of reasons:

Note that DSHEA—the Dietary Supplement Health and Education Act of 1994—already requires that all dietary supplement products show ingredient lists. Health claims already have to be pre-approved by the FDA according to the Nutrition Labeling and Education Act. Supplements must be manufactured under Good Manufacturing Practices to ensure the ingredients are safe and at the levels they claim them to be. Accurate disclosure of the contents in the dietary supplement package is already required under the Fair Packaging and Labeling Act. And almost all supplement manufacturers have a list of all their products and ingredients available to the public on their websites.
In other words, this bill creates extraneous red tape, paperwork, and burdensome labeling requirements when everything the bill mandates is already being accomplished under current law! All Sen. Durbin’s “Dietary Supplement Labeling Act” will do is make it more expensive to manufacture supplements and dampen innovation. The protections it provides consumers are very small, and if interpreted arbitrarily or unfairly, could be detrimental.
Furthermore, if the FDA is having trouble enforce existing legislation, it makes no sense to create new laws for the agency to enforce—especially since Congress is considering cutting their budget!
It would be easy for Congress to be taken in by this bill. Let’s insist on Congress looking at the facts of the case. Remember that Congress assumes that every message they receive reflects a far larger number of concerned voters. Please take a moment to send in your message now.