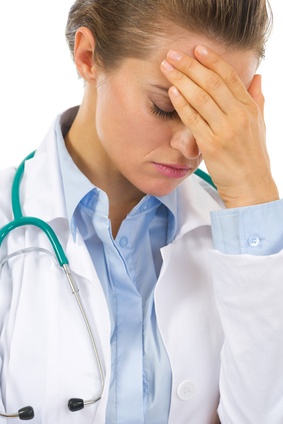 The basic idea is to preserve the conventional medicine monopoly by all means possible, including the use of state medical boards and physician credentialing groups.
There’s a close-knit confederacy of three powerful conventional medical organizations in the United States. These groups work closely together and are allied with both federal and state  government. One of their prime objectives appears to be to eliminate competition from natural health practitioners, especially integrative MDs and DOs, whom they seem to regard as traitors.
Decades ago, chiropractors sued the American Medical Association for similar assaults which they believed represented an illegal restraint of trade. The case went to the Supreme Court, which sided with the chiropractors. The present assault on integrative doctors seems to us to be just more of the same, motivated by the same crass business reasons—though it’s even worse this time.
If this sounds like a conspiracy theory, it’s not. Let’s look more closely at the AMA and its allies.

The three organizations described above work so closely together that they seem to us to be virtually one entity led by the AMA. The AMA and FSMB openly collaborate on projects and initiatives, while the FSMB is officially affiliated with ABMS.
Until now, doctors who are board-certified by the AMBS must be recertified every ten years. That gives the organization considerable control over doctors, though the control is loose. But, starting this year, the AMBS is requiring that doctors go through “mini” recertification every two to five years. This would make it much easier to keep tabs on and rein in anyone daring to dissent from standard orthodoxy.
Fortunately this has been met by opposition. In April 2013, the Association of American Physicians and Surgeons (AAPS), not an integrative but an independent and courageous group unaffiliated with the AMA, sued the AMBS for imposing “enormous ‘recertification’ burdens” that are “not justified by any significant improvements in patient care.” The lawsuit goes on to call the recertification process a “money making scheme:”

[AMBS’s recertification] brings in many tens of millions of dollars in revenue to ABMS and the 24 allied corporations. Though ostensibly non-profit, these corporations then pay prodigious salaries to their executives, often in excess of $700,000 per year. But their recertification demands take physicians away from their patients, and result in hospitals denying patients access to their physicians.

As noted above, we do not think this new proposal is simply a “money making scheme.” Nor just an intra-professional power play. We believe it is designed to stamp out doctors who dare to explore non-conventional treatments that go outside the bounds of FDA-approved drugs and surgery, no matter how commonsensical (such as changing one’s diet) they are.
In response to criticism, the AMBS has responded that certification is purely voluntary, and that doctors not willing to be recertified more often can simply opt out. We have already explained why this is disingenuous. In addition, on their Certification Matters website, AMBS itself implies that uncertified doctors are somehow less qualified and may not provide adequate care:

Being licensed does not indicate whether a doctor is qualified to practice in a specific medical specialty, such as family medicine, surgery or dermatology. One of the best ways to know if your doctor has the qualifications to provide care in a specialty is to find out if he or she is Board Certified.

On the same website, AMBS has a search tool to verify if your doctor is certified. Not surprisingly, the ABMS refuses to work with integrative doctors, and only includes ABMS-certified doctors in their database—not doctors qualified by other boards.
Integrative practitioners do have some certification boards either in existence or in creation. But none of these boards will ever be recognized by the AMA-allied medical establishment and its allies and overlords in government any more than integrative doctors themselves will be recognized.
The whole point of integrative medicine is to take the best aspects of both conventional and complementary/alternative medicine and integrate them into a sound healthcare approach. We work for a healthcare system that embraces both modalities with equality and respect. All of medicine has a common foe in greedy, monopolistic organizations that seem to us to have their own best interests in view—not those of physicians, and certainly not those of patients.
For more information on finding an integrative practitioner in your area, visit our “Find a Practitioner” webpage.

44 responses to “War on Integrative Medicine, Part One: Eliminate the Integrative Doctors”