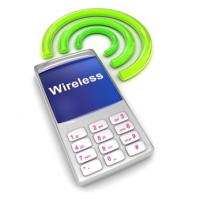 The Alliance for Natural Health (ANH), our partner organization, recently posted an excellent article and accompanying commentary entitled “Electro-Spin.” It summarized recent findings from both the US and Europe, such as:
• The 2007 Bio-Initiative Report from SUNY at Albany, which raised great concerns about the growing presence of radio frequency radiation;
• Germany’s official warnings to its citizens to reduce their exposure to cell phones, cell towers, and Wi-Fi because of the risk to their health from these sources of radiation;
• Sir William Stewart of Britain’s official protection watchdog, the Health Protection Agency, producing two reports that call for caution in the use of mobile phones. Sir Stewart also called for a review of the use of Wi-Fi in schools;
• Dr. Ronald Herberman, director of the University of Pittsburgh Cancer Institute, calling for caution in the use of cell phones by children. The science behind this issue is sobering. Oram Miller, a building biologist in Minneapolis, has published his concern that the damage from cell phones, cordless phones, and Wi-Fi is cumulative: “There is no safe exposure.” And Dr. Helmut Ziehe of the International Institute for Bau-Biologie and Ecology, who helped introduce healthy building principles to the US, advocates sheltering one’s bedroom from electromagnetic radiation.
George Carlo, MD, PhD, has posted a mandate in the form of an article entitled “Medical Alert: Cell Phones, Cordless & Wi-Fi Wireless Communication Produces Dangerous Electromagnetic Radiation (EMR).” His findings indicate that the use of cell phones in someone of a particular genetic predisposition can effectively “close” cell membranes, preventing the detoxification of deadly heavy metals including mercury. The effects of cell phones, cordless, and Wi-Fi communication devices on the cell membrane have spawned the growing diagnosis of Electromagnetic Sensitivity in the worldwide medical community. Moreover, Dr. Carlo eloquently connects the dots between the collapse of bee colonies and problems experienced with dairy cattle under high voltage wires. As Dr. Carlo points out, free Internet access is being sold to city officials as a boon to low-income individuals when the consequences to one’s health are only now unfolding.
While no one yet has the full picture on the short-term and long-term effects of cell phones, cordless, and Wi-Fi communication on human health, doctors of environmental medicine have been on the forefront both in research and clinical practice for the past five decades. And Europe is leading the way: ANH’s “Electro-Spin” article notes that a major international conference on Multiple Chemical Sensitivity and Electro-Hypersensitivity is being hosted this November by ANH’s partner organization, the British Society for Ecological Medicine. Yet only recently has the American Medical Association even embraced the concept of environmental medicine.
The World Health Organization reported last year that more than one-third of all diseases in children under the age of five are directly caused by environmental exposure. That estimate may be very low now that the use of cell phones in third world countries is exploding. Scientific American calls the use of cell phones “the new cigarettes.” In an earlier article, they published color photographs showing the penetration of cell phone radiation into human skulls, clearly illustrating that the skulls of children were much more adversely affected that the skulls of adults.
Dr. Damien Downing, ANH’s medical director, says it best: “Once again we see industry profits being put before the health and welfare of the individual.” In the minds of many noted experts, there is irrefutable evidence that electromagnetic radiation has an adverse effect on health. Please support the physicians on the front line of environmental medicine who risk loss of their medical licenses to help those who are affected, and be sure to seek out a knowledgeable integrative physician in your area who can help you protect your exposure to environmental damage.