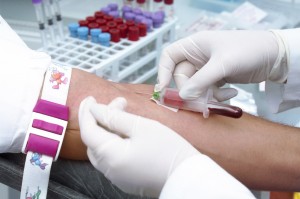 This also means that additional patients will receive the treatment while it is being studied.

It will be a Phase III study, in which the treatment is given to large groups of people to confirm its effectiveness. The patients will be split into two random groups. One group will receive just radiation therapy, and the other group will receive antineoplastins with radiation therapy. Our heart goes out to members of the first group, because Phase II and earlier treatments make it very clear that the treatment works.
Readers will recall our article about how dying patients have until recently been denied access to the treatment under the FDA’s compassionate use program. Even when the agency finally relented under the pressure of stories about dying children, it still put roadblocks in the way, such as not allowing Dr. Burzynski himself to administer the treatment, so that the dying children had to find other doctors willing to offend the FDA and agree to do it.
Keep in mind also that the treatment had been freely available in Dr. Burzynski’s clinic until the FDA tried to shut him down and insisted on formal trials in exchange for relenting. It is possible that the FDA had assumed that formal trials would end the treatment because the necessary funds would not be raised.
All of this was just another chapter in the saga of the FDA’s antagonism toward antineoplaston therapy, and the longtime persecution of Dr. Burzinski by the medical establishment, even though he was saving lives and there were no other good treatments to offer his patients.