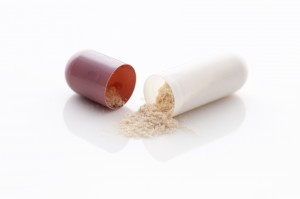 It looks to us that they’re trying to interfere with the practice of medicine. Action Alerts!

The FDA has released a number of documents—draft guidances and proposed rules—that are supposed to “provide clarity” on the whole issue of compounding. These “clarifications” will severely diminish your access to many compounded medications.
The new guidances may be, at least in part, a response to a recent scolding of the FDA by Congress. Two months ago we reported that the Senate Appropriations Committee criticized the agency for ignoring doctors, patients, and compounding pharmacists when it issued its new rules. Unfortunately, the FDA has opened up a new can of worms with the new rule proposals.
In recent legislation, Congress divided compounding pharmacies into two categories. The first category is “custom” compounders which, per just released final regulations, would only be allowed to send 5% of their sales out of state, even to states that did not have this kind of service. Note that this is a nightmare regulation, because how can a pharmacy be sure it has not or will not have exceeded 5%, perhaps at the last minute in December? The only safe way to do it is to bar any out-of-state sales, which may be what the FDA really wants. The FDA says it might make exceptions through an MOU (memorandum of understanding) process. Of course, this will just give the FDA even more leverage to make the small instate compounders dance to the FDA’s tune—or face charges of violating the impossible 5% standard.
The second category created by the legislation is “outsourcing facilities.” They would be allowed to sell across state lines but from a restricted list of drugs. If those sales add up, drug companies may decide to offer their own version of the product, in which case the outsourcing facility may be barred from making it.
Existing pharmacies have to choose whether they want to remain a traditional (and now in-state) operation, or become an outsourcing facility. As it is currently developing, would you want to become an “outsourcing facility” or invest in its expansion? Don’t be surprised if “outsourcing facilities” end up being owned by big drug companies.
At issue right now is the approved list of “bulk ingredients” (drugs) the FDA will allow to be sold by outsourcing facilities. Anyone can nominate bulk ingredients for the list (pharmacies are expected to be the most likely to do so), but the FDA is requesting supporting data for any ingredient nominated—and the new rules for this supporting information are so broad and complex, requiring so much time and research, that smaller organizations will find it difficult or even impossible to meet the agency’s requirements. This is a familiar scenario: large companies and regulators collude on rules designed to get rid of smaller competition and thus make life easier both for the large companies and the regulators.
For each ingredient nominated, the FDA needs info about both the bulk drug substance itself and the drug products that will be compounded using the substance. The nominator must:

The FDA may reject bulk ingredients based on any of the above criteria. What is particularly troubling is the implication that unless there is a large enough group of people who need a compounded medication, the answer will be an automatic No.
When did we as a nation decide that we no longer care about individuals’ needs? If a compounder is willing to make a medication for an individual patient, what business is it of the government? Since, as noted above, traditional compounders can’t ship more than 5% of their product across state lines, prohibiting outsourcing facilities from selling to individuals or very small populations means a lot of people won’t be able to get a medication they really need.
“General or boilerplate statements regarding the need to compound from the bulk drug substance or the benefits of compounding generally,” the rule notes, “will not be considered sufficient.” In other words, the nominator must go through this painstaking information-gathering process for each and every bulk ingredient and compounded drug product. With these new proposed rules, the info required by the FDA has changed—which places an intolerable burden on compounders. Given the historical bias of the FDA (see our timeline on the whole FDA/compounding controversy), these changes practically guarantee a monopoly for manufactured, FDA-approved drugs unless nominators can prove a substantial need for something to be compounded. Many compounded drugs will simply be banned.
We are not be the first to point out that the new rules interfere with the practice of medicine, since physicians are in the best position to determine the extent of patients’ need, not the FDA. Legally, the FDA is not supposed to do that. The practice of medicine is supposed to be regulated by states, not the federal government.
Moreover, innovative ideas of physicians and pharmacists for the treatment of their patients may never see the light of day; every new version of a compounded drug by an “outsourcing facility,” no matter how minor the tweak in the ingredients, proportions, or delivery system of the medication would require new “permission” from the FDA.
Among the pile of documents that FDA released was a list of drug products that may not be compounded at all because they have been found unsafe or not effective. The agency proposes that additions to the list need not go through an advisory committee. However, going through an advisory committee makes these additions open to public comment, and that’s something we feel is vitally important.
Without the rulemaking process and public comment, the FDA could ban anything they wanted to by saying it wasn’t effective, and the public would have no legal recourse. The FDA cites public health as the underlying need to fast track drug removals, but the agency already has the ability to take any drugs off the market that are dangerous—in fact, the drugs FDA has added to the list so far are already illegal to make, so there’s no public health concern there. The only other category is “not effective.” Is it really a public health issue to take several months to properly determine whether a compounded drug is not effective?
The FDA is tremendously suspicious of innovation, and should not sole authority to determine what can go on the “do not compound” list.
Action Alert! There are two FDA documents open for comments that greatly need your input. Please take action immediately on both these proposals, and send your comments to the FDA today! Remember that legal action is not possible until rules are final, and the more comments we can get in now the stronger we will be. THIS IS URGENT.
The terms of the request for nominations for bulk substances that may be used to compound drug products for outsourcing facilities are entirely too broad, and will greatly diminish patients’ access to important medications.

As for the list of compounded drugs that are deemed unsafe or ineffective, the FDA should not have sole authority to add ingredients to a “do not compound” list, and all additions to the list should go through an advisory committee that is open to public comment.