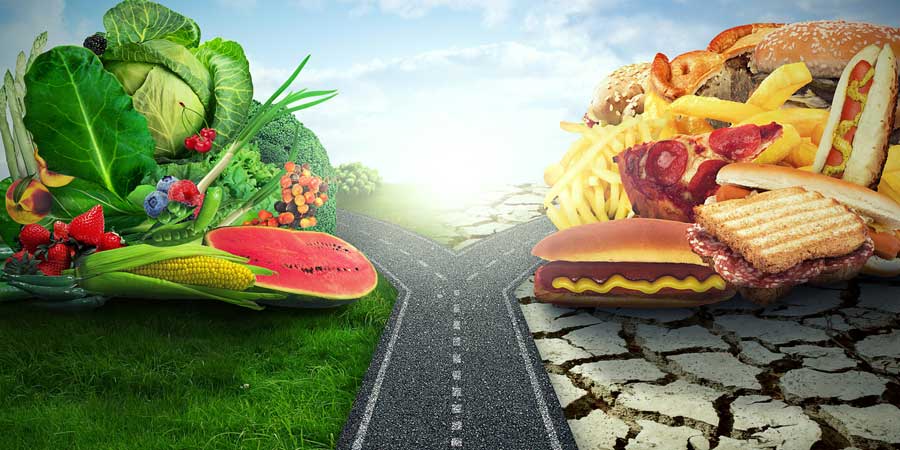 As usual, the agency is using outdated science and is heavily influenced by industry. Action Alert!
Following the recent update to the Nutrition Facts label and the approval of the 2015 Dietary Guidelines for Americans, the FDA is proposing to update the definition of “healthy” and in federal regulations. The idea is to harmonize the regulatory definition of “healthy” (as well as related terms) with the “latest nutrition science,” presumably contained in the newly approved guidelines.
Surprisingly, the FDA believes what is contained in the Dietary Guidelines is the most up-to-date science—but, as usual, they are woefully incorrect. When the guidelines came out, we outlined in detail the problems with the panel’s recommendations.
Just look at what the Dietary Guidelines say about saturated fat, sodium, and cholesterol. Briefly put, the guidelines advise reducing or limiting all three, despite good evidence to the contrary, some of it even now acknowledged by the government. For example, the government otherwise now admits that dietary cholesterol is not an issue. So why should it be reduced or limited? Not only is dietary cholesterol not an issue—many people taking statin drugs end up with too little cholesterol, which is the basic building block for all of our hormones. We will die if we don’t have enough of what the government calls “bad cholesterol.”
If the FDA looked further, the agency would see the most recent evidence showing that saturated fat is not linked to heart disease, and that too little sodium intake can pose many health hazards. And one cannot advise on the amount of sodium without considering the balance with potassium. The FDA notes that many people are low in potassium, but again it is balance that is crucial—yet the recommendation for potassium remains unchanged.
The FDA is proposing two major changes to its dietary recommendations. The old definition of “healthy” set upper limits for total fat content, saturated fat, and cholesterol, and lower limits for vitamin A, vitamin C, calcium, iron, protein, and fiber. Sodium limits were also placed on some foods.
The new Dietary Guidelines no longer recommend a low-fat diet, so the total fat component of the “healthy” definition is relaxed. Foods made up predominately of mono- and polyunsaturated fats will be able to be labeled “healthy” under certain conditions. It seems obvious to us that the FDA simply does not have the expertise to sort out these fats. The limits on saturated fat remain.
The second change pertains to the lower limits for nutrients. The specific nutrients listed above were included in the definition of “healthy” because they were identified as nutrients “of public health concern.” The new Dietary Guidelines identify potassium and vitamin D as nutrients of public health concern, so now if foods contain at least a certain percentage of these nutrients, they can use the “healthy” label. This is of course ridiculous. Take unhealthy food and add some “nutrient of public concern” and now it is healthy?
It is interesting that the Dietary Guidelines identify specific nutrients of concern, but fail to recognize any role for dietary supplements in achieving recommended nutrient levels. In our official comments in response to the guidelines, we noted that the status of the American food supply is such that food, even if eaten properly, cannot supply all of the nutrients needed for healthy living.
Vitamins D and K are examples: there just isn’t enough in food, even if you have the best diet and find the best food grown on great soil. Calling a food “healthy” which has only 10% of the vitamin D the government recommends you eat each day (a recommendation which is already pitifully low) is hardly going to address the nutrient deficiencies experienced by millions of Americans nor optimize the health of other Americans. As for vitamin K, the government does not yet appear to understand the essential role it plays, especially in making calcium available to our bones.
The bottom line here is that the FDA has no business defining what “healthy” is, given its lack of scientific expertise (noted in a congressional audit) and especially its extensive crony ties to industry. Notice that no limitations were placed on the amount of sugar or added sugar contained in the current definition of “healthy,” which boggles the mind. So on the one hand, we have a completely phony definition of what “healthy” is, and on the other hand the agency is severely restricting companies’ ability to communicate the real health benefits of their products.
Action Alert! Write to the FDA. Tell them that their new definition of “healthy” is not using the most up-to-date science, especially on saturated fat, sodium, and cholesterol, and that their new Dietary Guidelines fail to recognize any role for dietary supplements to achieve recommended nutrient levels. Please send your message immediately.

Other articles in this week’s Pulse of Natural Health:
Supplements in Peril Update
Drug-Resistant “Super Gonorrhea” on the Rise
Share This Post

9 responses to “FDA To Redefine “Healthy” Once Again”