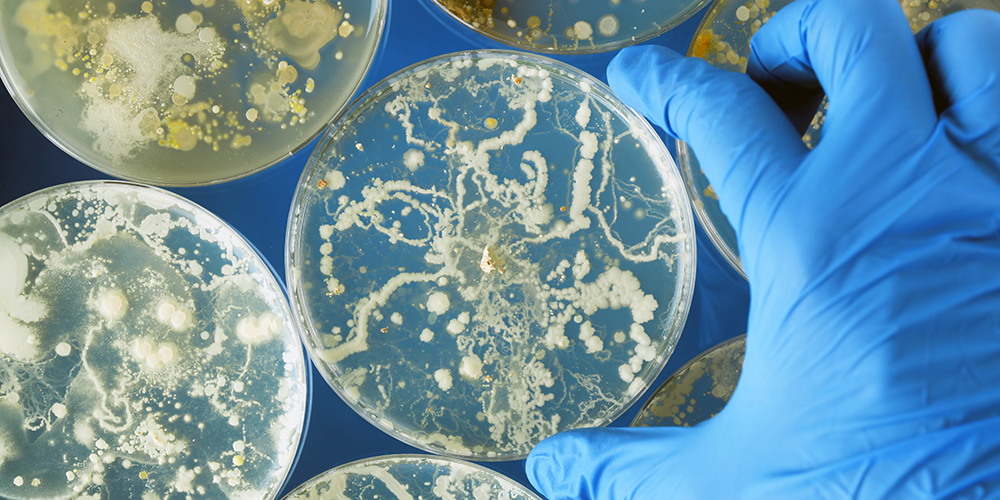 Another class of medically important medicines is in danger of becoming ineffective—and they’re harder to make than antibiotics. Action Alert!

We’ve been telling you about the scourge of antibiotic resistance—when the overuse of antibiotics by doctors and factory farms causes bacteria to become resistant to drugs. Unfortunately, we’re heading down the same road with another class of medicine: antifungals. If changes aren’t implemented now, more people will start dying from fungal infections.

For decades, the agricultural sector has been using compounds called triazoles to protect plants from a broad spectrum of fungal diseases. Their use increased as farmers came to realize how effective they were; now triazoles account for one quarter of all fungicides worldwide. The problem? Triazoles are the exact same compounds used in human antifungal medicines.

Medical researchers recently began to notice that triazoles were not working on patients with fungal infections. These patients tended to be immune-compromised and so more susceptible to spores taking root in the lungs and spreading to other organs (healthy immune systems usually sweep away these spores before they cause any harm). Before the 1990s, such infections in immunocompromised patients were a death sentence; with the development of triazole-based drugs, three of five patients survived.

What researchers have found is that fungi in the soil are exposed to triazoles through the agricultural use of the compounds in this fungicide, making the spores resistant. Then when triazoles are used in patients with a fungal infection, the drugs don’t work. Once again, patients with compromised immune systems are dying from fungal infections.

One of the problems with antibiotic resistance is that it is very difficult to create new antibiotics: there are only twelve classes of those drugs, and no new class has entered the market since the 1980s. There are only three classes of antifungal drugs, including triazoles. If one of three classes of antifungals no longer works for patients, it will become very difficult to fight fungal infections, and immuno-compromised individuals are most at risk—approximately 9 million people in the US alone.

Other parts of the world are at greater risk from resistant fungi. Resistant spores have been documented in the Netherlands, Belgium, Spain, Denmark, Italy, Norway, Germany, the United Kingdom, Poland, Romania, and Austria; Turkey, Iran, and Kuwait; Tanzania; Pakistan; Japan and Taiwan; and Australia. The agricultural use of triazoles has traditionally been lower in the US than in other places, but it has been increasing over the last decade, mostly on wheat and corn. The CDC reports that seven patients in three states (CA, PA, and VA) have been diagnosed with drug-resistant fungal infections since 2014.

There are some natural alternatives to treat fungal infections, especially the most common, which is Candida albicans. Essential oils like tea tree and oregano oil have antifungal properties, along with garlic, apple cider vinegar, aloe vera, turmeric, and coconut oil. As always, these treatment options should be discussed with an integrative doctor.

To really protect immuno-compromised patients in the US, we need to stop using triazoles on crops. Otherwise, certain fungal infections will become a death sentence for these vulnerable patients.

Action Alert! Write to the EPA and Congress, telling them to disallow the use of medically important antifungals for agriculture. Please send your message immediately.