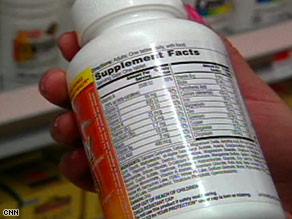 The Office of Inspector General (OIG) of the Dept. of Health and Human Services, parent agency of the FDA, has released a report called “Dietary Supplements: Structure/Function Claims Fail to Meet Federal Requirements.” The word in Washington is that it is a naked attempt to support new legislation that would require FDA pre-approval of all structure/function claims—which food and supplement producers are legally allowed to make.
Structure/function claims are statements that describe the role of a nutrient or dietary ingredient as it affects normal structure or function in humans—for example, “calcium builds strong bones” or “vitamin D boosts immune system function.” Under FDA rules, one cannot legally cite the science showing that vitamin D prevents and treats the flu. The flu is considered a disease, so this is forbidden. The science doesn’t matter to the FDA. Nor does freedom of speech.
The OIG said it reviewed structure/function claims on dietary supplement labels and concluded that:

Clearly, FDA pre-approval of structure/function claims would be disastrous given the agency’s longstanding bias against nutritional supplements. Many, perhaps most, claims would never be approved and the process could be very lengthy.
Pre-approval would also create an even greater advantage for pharmaceutical drugs. If supplement makers are prevented from making even these most basic of claims about their products, the public won’t know about their ability to help heal and balance us, and will have only drugs for their health needs.
Who requested the study? OIG says the Government Accountability Office and “public interest groups”—that is, the Center for Science in the Public Interest (CSPI), and Public Citizen—raised concerns, and that “stakeholders have urged FDA to strengthen oversight of these claims because they are potentially misleading and may lack scientific support.” CSPI has had an agenda against structure/function claims for a while, even requesting the FDA to abolish structure/function claims altogether, as we reported two years ago. And no one wants FDA to suppress information about the effectiveness of supplements more than the pharmaceutical industry.
The study itself is remarkable for the number of flaws in its methodology and analysis:

This report is nothing more than a blatant bid for new anti-supplement legislation to be enacted. As always, ask yourself: who would benefit financially from suppressing supplement competition for drugs?