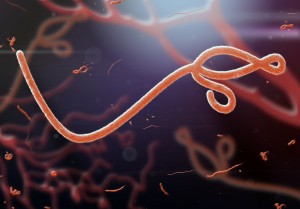 Why are these approaches being ignored? Could it be because there is little profit to be made from them? Action Alert!

With Ebola panic taking hold of the country, we hear very little about the natural ways to guard against the disease.  This becomes even more important when you consider that these natural ways are less expensive and can often be self-administered. Self-administration could be of special importance if there were a widespread pandemic. Doctor’s offices might not be available and hospitals overwhelmed. In addition, hospitals would not allow any natural approaches.
Furthermore, natural approaches often build up the immune system, and people susceptible to Ebola are more likely to have compromised immune systems.
As we discussed last month in our article on Ebola and natural remedies, the “Catch-22” of drug economics—that no one will spend the exorbitant sums needed to run clinical trials if the product can’t be patented and turned into a huge money-maker—practically ensures that natural prevention or treatment will be ignored.
The status quo in which government creates and protects drug company monopolies was always outrageous. Now with the threat of major and deadly pandemic in sight, it is completely unacceptable. It is essential that voters become aware of what is going on behind closed doors in Washington so they can speak up and move the political system—before millions of lives are needlessly lost and our economy also dealt a savage blow.
In our earlier article, we discussed how silver has been used as an antimicrobial for thousands of years and has the ability both to attack viruses and to inhibit their transmission. We also showed how intravenous vitamin C would be a tremendous benefit to patients in hospitals and clinics who have already contracted Ebola.
New research has suggested these natural interventions for Ebola:

ANH-USA staff know a patient who had ultraviolet blood irradiation in conjunction with intravenous peroxide (among other things) for Lyme and viral co-infections several years ago, and it was very effective. The treatment was used in the 1940s and ’50s, though it is very difficult to find information on it as the FDA considers it illegal! Given its mechanism of action, this treatment might be effective for Ebola. Ozone taken intravenously or rectally also might work, but faces similar government hostility since it would threaten existing drug monopolies. In a related article, we discuss the use of ultraviolet therapy in a medical device to disinfect hospitals of Ebola.
Action Alert! Write to both FDA and Congress. Ask them to review natural treatments for Ebola without the lengthy drug approval process. Send your message today!
* Editor’s note:  This article was amended on October 23, 2014.