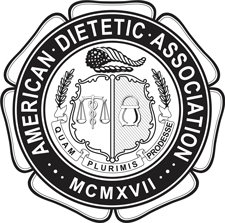 The ADA is clever. It gets legislation passed under the radar, when no one is looking. And natural health nutritionists are getting a rotten deal.

This is the organization that lists among its corporate sponsors soft drink giants Coca-Cola and PepsiCo, cereal manufacturers General Mills and Kellogg’s, candy maker Mars, and Unilever, the multinational corporation that owns many of the world’s consumer products brands in foods and beverages.

The ADA’s legislative manipulations are able to go undetected because it takes years for a bill to go through the regulatory phase and be implemented—so few people become aware of the full consequences of the law. Moreover, the ADA hasn’t yet “pulled the trigger” sending out cease-and-desist letters to nutritionists everywhere telling them they can no longer practice—but you can rest assured this will happen, as soon as the organization has its monopoly firmly established. In the meantime they go on to lobby for new legislation in other states.

Currently the ADA is pressing for bills in four states. They are have even organized a lobby day in New York state at the end of the month.

Take a look at what has been happening in North Carolina. It’s what will happen in all the states if the ADA monopoly grows.

There has been a dietetic monopoly law in NC since 1991. In 2003, Liz Lipski, PhD, CCN, CHN, a well-known and eminent nutritionist, applied for licensure. Just last month she was told by the North Carolina Board of Dietetics/Nutrition that she did not meet the minimum requirements for licensure.

As we have mentioned before, the “minimum requirements” fits the lower credentialing requirements of the dietitian model—so, for example, the NC dietitian board claimed that Liz did not meet the course requirement for organic chemistry, even though she has a doctoral level course in nutritional biochemistry—which is applied organic chemistry. Furthermore, Liz has a doctorate in clinical nutrition, has been board certified in holistic nutrition, and has been practicing for decades. But because she did not take the specific lower-level academic course as demanded by the ADA, she could no longer be licensed.

Liz has hired an attorney and is in the process of negotiating with the North Carolina Board of Dietetics/Nutrition. Her website has full details of her case, and if you can help with a donation toward her legal fees, it would be greatly appreciated.

Why does the the ADA, which claims to protect the consumer against poorly qualified nutritionists, reject nutritionists with advanced degrees from fully accredited institutions, like Liz Lipski? Could it be because they are more qualified than their own licensees?

We wanted to give you a follow-up on some of the bills the ADA we told you about previously. Remember, just because people are trying to get laws passed under the radar doesn’t mean we can’t stop them in their tracks!

Nevada AB 289: This bill is moving forward quickly. It has passed the Nevada House and is already in committee in its Senate. It is scheduled for a hearing tomorrow, May 11. This bad bill states that only ADA-licensed dietitians shall practice dietetics. “Dietetics” as defined in the bill encompasses a wide range of nutrition services including performing nutritional assessments and nutrition monitoring, counseling and evaluation, all of which fall under the scope of practice of any qualified and self-respecting nutritionist. Furthermore, the bill explicitly states that individuals cannot use the words “licensed nutritionist” or “LN” unless they complete the program for dietitians—which also requires completion of the ADA exam.


California AB 575: Victory! Due to a groundswell of opposition from our members, as well as the hard work of a coalition of activists, we were able to ensure that AB 575 was not heard in committee. We believe that AB 575 will not move anywhere this session but we are keeping eye open for the next session when it will almost certainly be reintroduced.

New York A.5666 and S.3556: As we noted in our previous article, this bill lumps dieticians and nutritionists together under one title, “Licensed Dietitian/Nutritionist” or “LDN,” and gives the ADA a majority membership on the new joint board—which means that the board will require that only the ADA exam be allowed, as they have done in other states. ADA-registered dietitians are planning a rally day on Friday, May 20, to lobby their legislators in support of this bill.

In response, we’re going to have an “online lobby day.” We’ll have a coordinated day of action tomorrow, on Wednesday, May 11—if you are a New York resident, please call your state representatives in opposition to the bill. Emails are great (and please continue to send them on our Action Alert page)—but real impact would be felt by calling representatives all on the same day.
New Jersey AB1987 and S809: No news here as yet. The Dietitian/Nutritionist Licensing Act lumps together “licensed dietitian/nutritionist,” and the terms are used interchangeably throughout the bill. Instead of noting and providing for the differences between the two, the bill creates a State Board of Dietitians/Nutritionists instead of a separate board for each. Furthermore, the Senate version of the bill requires the completion of a registered exam administered by the American Dietetic Association. If you are a New Jersey resident, please take action here.