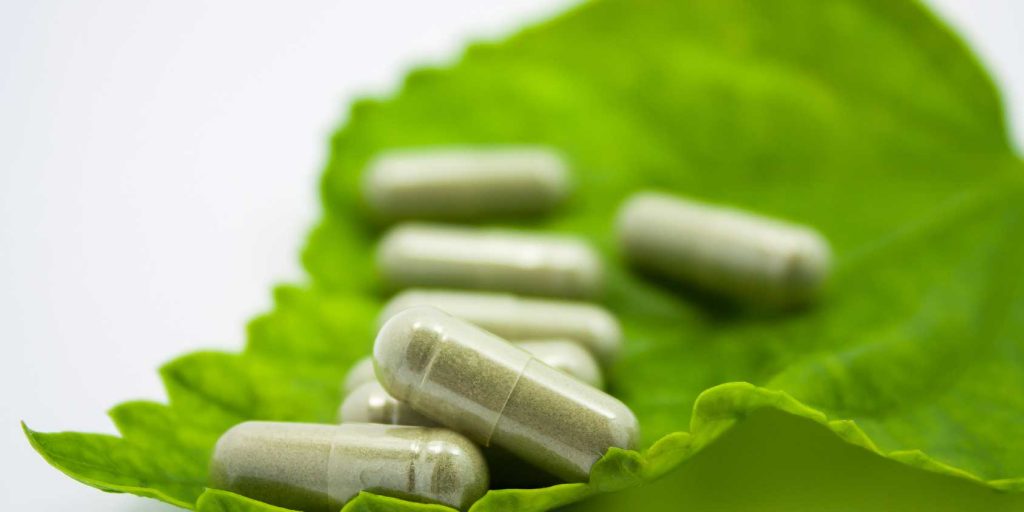 A new announcement from the head of the FDA gives reason for concern. Action Alert!

Just a few days ago, FDA Commissioner Scott Gottlieb released a wide-ranging statement about the FDA’s regulatory approach to dietary supplements. The statement was short on details, and without more explanation we see some potential causes for concern. Consumers who care about supplement access must be on alert and stay engaged in this process, given the agency’s demonstrated hostility towards the natural products industry.

Commissioner Gottlieb starts out by saying that he has personally benefitted from supplements, and as a physician recognizes the benefit of supplements for patients. So far, so good: we’ll give him the benefit of the doubt and assume he means what he says.

Commissioner Gottlieb goes on to discuss the prospect of “modernizing” the Dietary Supplement Health and Education Act of 1994 (DSHEA). Since the FDA cannot unilaterally change legislation, presumably he means working with Congress to change DSHEA. DSHEA set up the current framework for the regulation of supplements. Importantly, it said that supplements are food and would be regulated as such—not like drugs. This is crucial. If supplements were regulated like drugs, we would lose widespread access: supplements, being natural products, generally cannot be patented the same way drugs can and therefore, without that protection, they cannot afford to go through the expensive FDA approval. We’ve also been telling you about the back-channel at the FDA that allows Big Pharma to turn nutrients into drugs.

Could the FDA be preparing to work with Congress to make changes to DSHEA that further undermine supplement access and/or result in Big Pharma turning more of our valued nutrients into drugs? It is a possibility.

Especially concerning is a passing reference to amending DSHEA to allow for “supplement exclusivity.” No further explanation is offered, so it’s impossible to know precisely what Gottlieb means. ANH-USA met with FDA staff last year and discussed a number of issues that hamper innovation in the supplement industry and consumer access to important supplements, including how the FDA allows Big Pharma to turn nutrients into drugs. Supplement exclusivity sounds like monopoly and it makes no sense for the government to be promoting more of that.

If what Gottlieb means by “supplement exclusivity” is a similar “pay-to-play” scheme for supplements as there currently is for drugs, where a company could bring a supplement through an FDA approval process and be granted market exclusivity, this could be disastrous. We know from history that the FDA is focused single-mindedly on one thing: pre-approval of supplements based on randomized controlled trials (RCTs)—federal regulators even demand RCTs to back up health claims on food and supplements. Conducting the studies required for FDA drug approval is incredibly expensive: estimates range from $1 billion to almost $3 billion. If a “supplement exclusivity” system costs even one-tenth of the price of drug approval, it would still be too expensive for most supplement companies. Such an exclusivity system would likely be an option only for synthetic supplements owned by Big Pharma, the only entities capable of footing this considerable bill.

Furthermore, natural supplements cannot be patented the same way drugs can; a company may be able to patent a process, a proprietary method for producing a natural supplement, but they cannot patent a naturally-occurring vitamin and prevent other companies from making it. But if a company creates a synthetic version of a vitamin, they may be able to patent their proprietary formula and method. If that company then wins “supplement exclusivity” from the FDA, does that mean that similar natural forms of the vitamin will no longer be available? This is our major concern, and until we know more we cannot rule out this possibility.

Gottlieb also mentions the possibility of creating a mandatory listing requirement for the supplement industry—that is, requiring each supplement manufacturer to register all the products it makes, including all the ingredients of those products, with the FDA. The stated purpose for such a policy is to improve the FDA’s ability to “manage emerging risks” and to root out bad actors who sell dangerous products. These are undeniably laudable goals, but the FDA already has the authority to go after companies who break the law, as discussed further below.

The mandatory list is also a concern given the current state of the FDA’s “new supplement” guidance. This guidance, as we’ve discussed previously, seeks to impose drug-like pre-approval requirements on all “new supplements” that came to the market after 1994. In classic fashion, the FDA’s proposed definition of what it considers a “new supplement” is extremely broad and could encompass most of the products currently on the market. A mandatory list could then be used to target and eliminate supplements that have not yet complied with the FDA’s over-reaching policy.

To be clear, there isn’t anything inherently wrong with a mandatory list. The problem is with how the FDA will use it. Given the agency’s track record, we are forced to view the creation of such a list with a heavy dose of skepticism.

Other initiatives mentioned by Gottlieb are also worrisome. To ensure that the FDA is utilizing its resources “as efficiently and effectively as possible,” he mentions the creation of a Dietary Supplement Working Group at the FDA, which is tasked with “taking a close look at [FDA’s] organizational structures, processes, procedures and practices in order to identify opportunities to modernize our oversight of dietary supplements.” The FDA has also created the Botanical Safety Consortium which will “promote scientific advances in evaluating the safety of botanical ingredients and mixtures in dietary supplements.” The purpose of this consortium, according to Gottlieb, is to keep up with innovations in the supplement industry and to ensure the FDA can evaluate the safety of botanical ingredients.

There is nothing wrong with protecting consumers by evaluating the safety of ingredients—in theory. But, as we’ve seen with the FDA’s review process determining which dietary ingredients can be compounded, in which many objectively safe ingredients have been denied, the FDA doesn’t seem equipped to make good decisions about what is safe and what isn’t.  Again, given the FDA’s deference to Big Pharma (pharmaceutical companies support the FDA through drug user fees) and the agency’s hostility towards supplements, we’re skeptical of the agency’s goals.

As a side note, much of this is reminiscent of Sen. Dick Durbin’s (D-IL) bill that we defeated in 2013. Sen. Durbin’s bill aimed to create a supplement registration (like the master list) so that the FDA, along with the National Academy of Medicine (NAM), could create a list of supplements that might lead to adverse events. At the time we said that this was a power-grab having very little to do with safety, and that the FDA’s bias against supplements and the NAM’s skewed, anti-science recommendations regarding supplements were reason enough to oppose such a measure. Recall that the NAM (then called the Institute of Medicine) once said that people up to age 70 don’t need more than 600 IU of vitamin D per day and that more than 4,000 IU is dangerous. Gottlieb is proposing the creation of a master list, a Botanical Safety Consortium, and an FDA Working Group on supplements. Will he take us down a similar path that Sen. Durbin tried to lead us down, and attempt to restrict therapeutic doses of supplements? We don’t know yet, but the danger is present.

Remember that the FDA already has the power to take products with illegal ingredients off the market, and it exercises this power—as it should. What’s being obscured in Gottlieb’s statement, and routinely throughout the media, is that the overwhelming evidence is that supplements are safe. Consider the following:

What these facts tell us is that supplement safety isn’t really an issue. If it’s not an issue, why does the FDA feel the need to revamp and “modernize” supplement regulation? If the FDA is working on implementing the reforms we brought forward, great. But our fear is that it’s nothing more than a power-grab to extend the agency’s control over the supplement industry, allowing the agency to further tip the scales in favor of dangerous and expensive drugs and, if our fears about “supplement exclusivity” are correct, low-quality, synthetic supplements Big Pharma is known for. To provide just a few examples, Pfizer owns the Centrum brand, which uses low doses of synthetic vitamins like E and C (ascorbic acid)—some variations of Centrum contain as little as 35 IU vitamin E. NatureMade is owned by Otsuka Pharmaceutical, which also uses synthetic E and C in its products. The same goes for Bayer’s One A Day line of multivitamins.

Low doses of cheap, synthetic versions of nutrients seems to be the industry standard for Big Pharma. Will these be the only products left when the FDA is done “modernizing” DSHEA? It is imperative that we defend quality, natural ingredients as well as therapeutic doses of those vitamins. We’ve highlighted these points in previous articles, but suffice it to say that high dose supplements impart benefits that are not possible at lower doses, such as high-dose vitamin C having heart-protective benefits and improved ability to fight off colds. Without high-dose vitamins, we lose these benefits.

This isn’t to say that the regulation of dietary supplements cannot be improved; there are a number of much-needed reforms, including fixing the disastrous new supplement (NDI) guidance, protecting and promoting free speech about supplement benefits, and preventing drug companies from turning supplements into expensive drugs, as they have with CBD oil and l-glutamine. All of these reforms and more are included in a legislative proposal we are currently drafting.

We will follow these developments closely and keep you updated. In the meantime, we must tell the FDA that we are watching, and they must not do anything to restrict consumer access to high-dose, quality supplements.

Action Alert! Write to the FDA and Congress, telling the agency not to make changes to existing supplement regulations that will result in a loss of access to quality dietary supplements. Please send your message immediately.

8 responses to “Is This the Beginning of the End for Quality Supplements?”