In recent articles, we’ve touched on the subject of genetically modified organisms (GMOs): their potential to contaminate organic crops, the 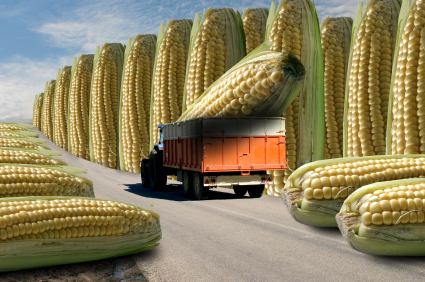 complete failure to test their safety for your health or the environment, and the failure of labels to alert shoppers to the presence of GMOs in foods they’re considering buying. We now have some updates. A non-GMO product-verification program is up and running. This will help you avoid GMO contaminated food. You can download the invaluable Non-GMO Shopping Guide from the website of leading anti-GMO campaigner, Jeffrey Smith. GMO crops have also been banned on National Wildlife Refuge land.
The American Academy of Environmental Medicine (AAEM) has issued an important statement about GMOs.
AAEM is an association of doctors. It’s mission is “to promote optimal health through prevention, and safe and effective treatment of the causes of illness by supporting physicians and other professionals in serving the public through education about the interaction between humans and their environment”. True to that mission, the AAEM has helped patients suffering from exposure to many different environmental toxins — long before the American Medical Association acknowledged that the environment has any effect on human health.
In sharp contrast to the pro-GMO lip service of the US and other governments, and of course the biotech industry itself, the AAEM’s statement shows that there is indeed a causal relationship between genetically modified foods, poor health, and disease. The statement cites a large number of studies linking GMO foods to a “wide variety of health problems.” The organization also notes that not a single clinical trial of any GMO crop has ever been published, despite evidence that as many as 80 percent of processed foods now on grocery-store shelves contain ingredients derived from GMO crops.
ANH-International has also taken a strong stand with its Say No to GMO campaign.