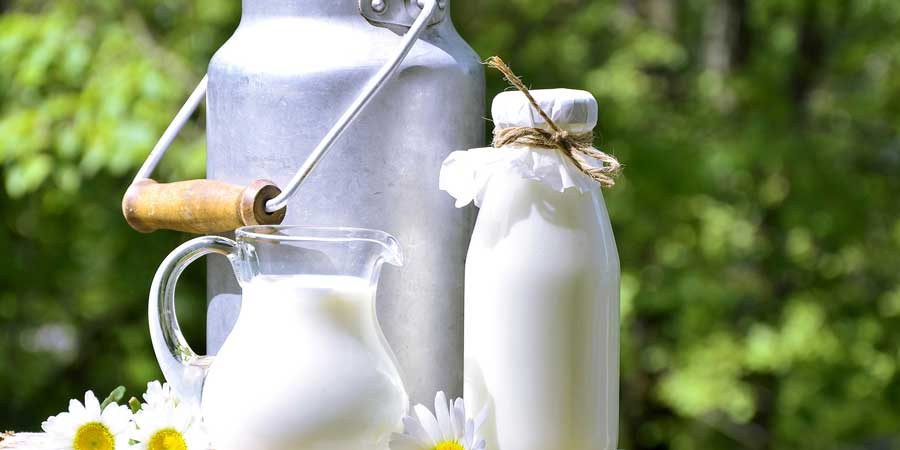 Alas, many of its health benefits will be ruined by ultra-pasteurization—just so it can be more conveniently marketed.
In April 2015, a New Zealand-based company, the a2 Milk Company, launched its brand in the US. The milk has all the properties of normal supermarket milk varieties you might buy, with one important difference: all of this firm’s milk comes from cows that lack a protein marker responsible for difficulty in digesting milk.
The term “A2” milk, as opposed to the more common “A1” variety you find in supermarket shelves, refers to a genetic variation in cows that affects the type of proteins found in the milk they produce. Older breeds of cows produce a beta-casein protein which contains an amino acid called proline (“A2”), while newer breeds of cows more prominent in the US produce a beta-casein protein containing a different amino acid, histidine (“A1”).
The histidine in A1 cows’ milk creates BCM-7, an opioid similar in structure to morphine that has been linked to all kinds of nasty health effects including heart disease, type-1 diabetes, and autoimmune disease. Other tests have shown that the blood of people with autism and schizophrenia contains higher-than-average levels of BCM-7. Research also suggests that, for the quarter of the US population that has trouble digesting milk, the problem lies with A1 milk, not the A2 variety.
One reason why some react poorly to A1 milk may be what is known as “leaky gut syndrome,” an idea that began in integrative medicine and is slowly being accepted by the medical establishment. Those with leaky gut syndrome have heightened permeability in their stomach, allowing harmful proteins like BCM-7 to escape the gut and enter the bloodstream, triggering an immune response, which in turn triggers the inflammation, swelling, and pain often associated with autoimmune diseases and autism. The damage could be particularly pronounced in infants, who naturally have semi-permeable intestines. Mother Jones reported a 2009 study finding that “formula-fed infants developed muscle tone and psychomotor skills more slowly than infants fed breast milk, which is also A2.” Another study may implicate A1 milk in sudden infant death syndrome.
The main problem with the a2 Milk Company’s product, apart from higher price and lack of an organic option, is that it is ultra-pasteurized. Lots of evidence points to the benefits of raw milk versus pasteurized milk (milk that is heated to kill of germs and bacteria, then rapidly cooled for sale in the supermarket). As our colleagues at ANH-Europe point out, “Raw milk contains a host of enzymes, immune-modulating proteins, diverse beneficial bacteria, sugars, proteins, fats, minerals, nucleotides, antibodies, and other essential elements needed to nourish a developing baby.”
In light of this evidence, as we mention in another article in this Pulse issue, the very best milk would be A2, raw, grass-fed, organic, and from a cow that is only milked for the first six months after giving birth. Today it is difficult, often impossible, to have access to this kind of milk in large part due to narrow-minded federal policies against raw milk. Hopefully, if enough consumers begin demanding better milk, companies like the A2 Milk Company will take further steps toward providing good milk for consumers.

12 responses to “Lactose Intolerant? A Better Milk Is Coming!”