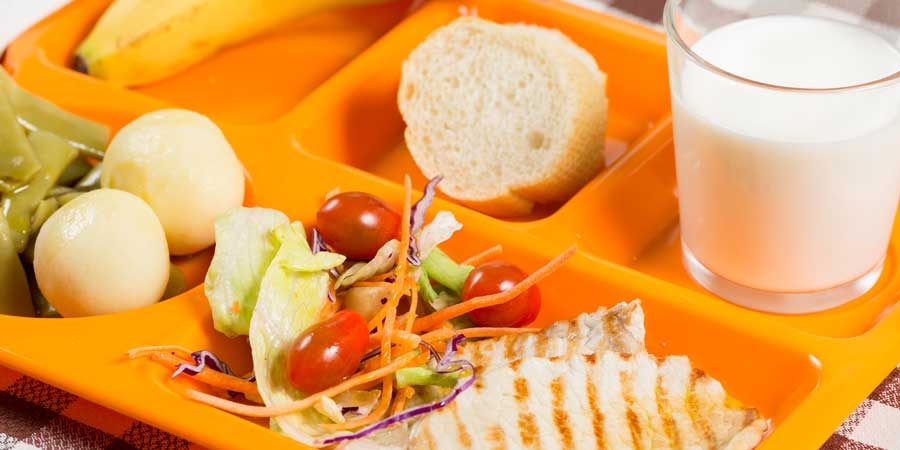 Another ill-fated government foray into nutrition recommendations. Action Alert!
Reps. G.T. Thompson (R-PA) and Joe Courtney (D-CT) recently introduced the School Milk Nutrition Act of 2015, which seeks to increase dairy consumption in children by mandating low-fat and non-fat flavored milk for each school meal.
This follows changes to the USDA National School Lunch and School Breakfast Programs in 2012 that removed whole milk, 2% milk, and flavored 1% milk options from school meals, leaving only plain 1% milk and flavored skim milk.
As usual, there are powerful interests involved: the dairy industry, looking to regain market share, is very much in support of the new bill.
The bill completely ignores the evidence indicating that whole dairy, as opposed to low-fat or non-fat, is the healthier option. Research has shown that consuming whole-fat dairy lowers the risk of diabetes, heart disease, and bowel cancer, and causes less weight gain compared to low-fat and non-fat dairy. The federal government, and the sponsors of this bill, rely on outdated ideas pointing to saturated fat as the enemy despite current research that says otherwise.
Giving children flavored low-fat or non-fat milk adds insult to injury. Flavored milk contains all kinds of additives like high fructose corn syrup and artificial sweeteners like aspartame—a zero-calorie sweetener which Pepsi has just agreed to remove from its diet soda because of well-founded consumer concerns about safety. As we reported earlier, the dairy industry has petitioned the FDA to allow them to include aspartame as an ingredient but not list it on the milk label, even though aspartame is very dangerous and potentially carcinogenic. Aspartame also decreases the ability of the body to absorb tryptophan and reduces serotonin levels. Ten percent of aspartame is methanol which, when heated, converts to formaldehyde which in turn converts to formic acid—a product used to strip epoxy! A fine ingredient to feed our children on a daily basis!
We have also pointed out that chocolate flavoring may interfere with the absorption of calcium. It also covers up milk that is not fresh.
Finally, current government policy and the recommendations of this new bill ignore the host of problems that arise from factory farm dairy production. As we reported in 2012, a report from Harvard suggests that milk from factory farms may be associated with hormone-related cancers because of the industrial agricultural practice of milking a cow too far into her pregnancy. On top of that, pasteurization, especially ultra-pasteurization, destroys many of milk’s health benefits. (See more on this in our companion story).
In our earlier report, we noted that the very healthiest milk would be raw, grass-fed, organic, and from a cow that is only milked for the first six months after giving birth. The problem is that federal policy, as evidenced by the FDA’s vendetta against raw milk, make it nearly impossible for most health-conscious Americans (let alone school lunch programs feeding millions of children) to drink healthy milk.
Like the widespread criticism of the government’s Dietary Guidelines Advisory Committee, it is clear that the government’s thinking on nutrition is woefully outdated. Government is too slow to pick up new research and too quick to listen to special interests to serve as a guide for our health.
Rather than telling us what to eat, government at all levels should instead stop gagging free speech about nutrition, an issue we’ve covered extensively in the Pulse of Natural Health. It is absurd, on the one hand, to be subjected to government health guidelines that are obsolete and likely tainted with crony influence, and on the other hand to be prevented from hearing about the latest research, sharing nutrition advice with friends without a special license, or consulting the nutritionist of our choice.
Action Alert! Write to your legislators in Congress and urge them NOT to support government handouts to the dairy industry at the expense of our children’s health! Please send your message immediately.