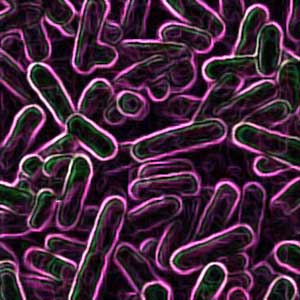 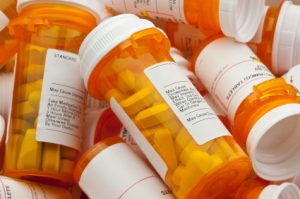 The medical industry’s obsession with bigger, more powerful (and above all, patentable!) medicines may lead to killer pandemics.

We frequently discuss the global threat of superbugs—drug-resistant bacteria, which are created in two ways:

A few weeks ago we told you about weeds becoming resistant to the lethal pesticide Roundup, creating strains of “superweeds.” It’s the same principle at work.
Drug resistance has wide-reaching effects. Cancer cells may develop resistance to chemotherapy drugs. And multidrug-resistant tuberculosis is one of the most widespread diseases in the world today.
What is causing this “epidemic” of drug-resistant bugs? For one thing, as we noted two weeks ago, animals in CAFOs are given a steady diet of antibiotics to prevent disease—and then the antibiotics are passed to us in their meat and milk, and run-off from these factory farms puts antibiotics into the water table. At the same time, drug-resistant bacteria can arise from seemingly safe activities such as the use of bleach, hand sanitizers and antibacterial soaps.
Using standard antibiotic regimens, there is a one-in-ten chance that treatment of an E. coli infection will fail because the bacterium is resistant. As more bugs become resistant, there will be increasing pressure to use more powerful antibiotics, called carbapenems, which are the last line currently available—and resistance to those is already emerging: in the last two or three years, some organisms have come along which destroy carbapenems.
The pharmaceutical industry is all too aware of the problem of resistance, and experts openly fear we’re letting ourselves in for diseases that will be impossible to treat. At the same time, drug companies have lost interest in developing new antibiotics—partly because it is so difficult to find new agents, especially ones that can be proven safe. More to the point, it is not commercially viable—antibiotics are taken only for a few days at a time, compared with, say, a heart drug which may be taken for life. To maximize their investment, Big Pharma wants drugs that will give them a constant income stream.
There are exceptions. There is buzz about a compound found in Chilean avocados which lowers the amount of antibiotics needed; they hope it could increase the efficacy of antibiotics against superbugs. So of course researchers are now trying to synthesize and patent it as a drug. Critics fear this synthetic will only create super-superbugs.
This approach—using bigger and bigger guns, to which the bugs also respond by becoming bigger and more lethal—is as wrong-headed as it is possible to be. Natural cures are not only safest, they’re also far more effective.
Look, for example, at the use of intravenous vitamin C as an antiviral and a cancer therapy. Silver is one of the most effective agents against pathogens—and they can’t develop resistance to it. A new study also shows that silver packs as much of a punch against cancer cells as a leading chemotherapy drug, and could reduce the negative side effects that accompany such treatment. Insulin potentiation therapy, or IPT, similarly shows great promise against cancer when coupled with ordinary chemotherapy drugs used in very low doses, and may also be coupled with other natural therapies such as IV-C.
Dr. Frank Shallenberger has been exploring various treatments for hepatitis and liver disease—which more than three million Americans battle—and finds great promise in intravenous vitamin C (he also agrees that IV-C is a good treatment for most major viruses).
Manuka honey has exceptional antibacterial properties, and has been found to be effective against MRSA (staphylococcus aureus), strains of bacteria which are notoriously resistant to antibiotics. Several herbs are powerful antibacterials, and garlic has strong antibiotic and antifungal properties.
And of course vitamin D may be the best tool of all to fight colds, flu, and flu pandemics.
The great difficulty is that there are so many natural treatments available, but most people won’t ever learn of them for two reasons:

At least this second problem is fixable today. Reps. Jason Chaffetz (R–UT) and Jared Polis (D–CO) have introduced the Free Speech about Science Act (HR 1364). This landmark legislation protects basic free speech rights, ends censorship of science, and enables the natural health products community to share peer-reviewed scientific findings about natural health products with the public.
If this bill passes, it has the potential to transform the healthcare field by educating the public about the real science behind natural health. This is a small bill with vast potential leverage. Support the Free Speech About Science Act by writing to your congressional representative and asking him or her to co-sponsor the legislation. Take action today!

20 responses to “Cancers, Infectious Diseases, and Lifestyle Illnesses: Why “Miracle Drugs” Are the Problem, Not the Solution”