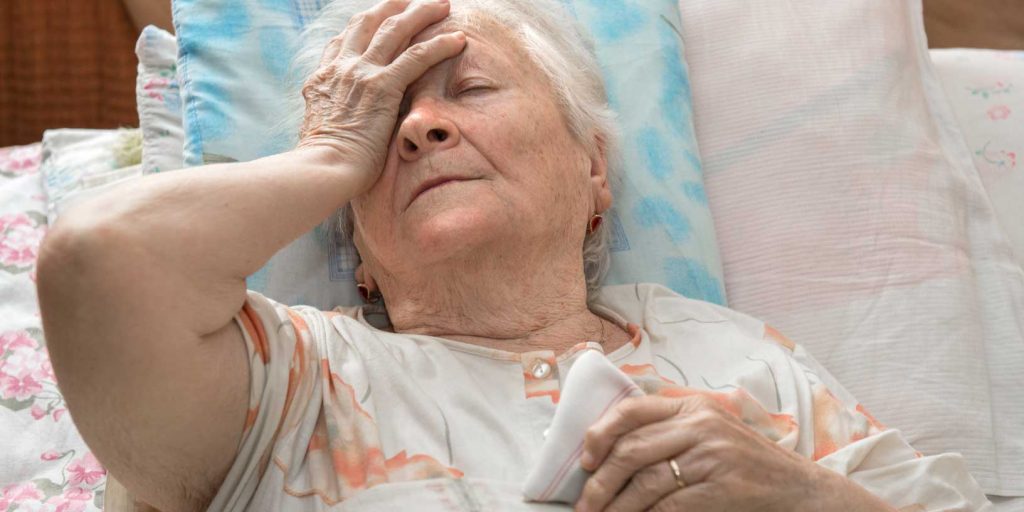 How coconut oil is showing great promise in the treatment of Alzheimer’s disease. New studies show that other natural substances are also offering big breakthroughs, and the drug industry is trying to jump on the bandwagon with them too.

Fish oil reduces inflammation, including the inflammation associated with dementia. The DHA form of fish oil also converts into neuroprotectins, which, as the name suggests, protect our nerve tissue. A recent study suggests that the risk of Alzheimer’s may be reduced by a third if we consume this regularly. Another broad study suggested that the risk of all forms of dementia could be reduced by almost half with fish oil.
Nattokinase is an enzyme extracted from a fermented, cheese-like soy food called natto, which has been eaten in Japan for many years. Nattokinase has a well-documented ability to dissolve clots, so it plays a role in cardiovascular health. Now it is being studied for another set of abilities. Alzheimer’s disease is characterized by brain deposits of a certain type of amyloid—a group of abnormal proteins that cause disorders in various organs. Getting rid of amyloids is one of the targets of Alzheimer’s disease research. A recent study shows that nattokinase removes amyloid plaque.
Other encouraging Alzheimer’s news comes from the University of California at Irvine, where a study recently showed that mice with cognitive impairment had dramatic improvement with niacinamide. Niacinamide is one of the water-soluble B-complex vitamins known as B-3. Niacin, or nicotinic acid, is another form. When an amide molecule attaches itself to niacin, it becomes niacinamide (also called nicotinamide). The body can convert niacinamide back into niacin but is unable to make niacinamide out of niacin. One major difference is that in doses exceeding 50 mg, niacin typically produces flushing of the skin, but niacinamide does not. Niacin and niacinamide also have different applications. In the niacinamide form, it reduces inflammation. Since many studies indicate that inflammation may trigger Alzheimer’s, researchers wondered if niacinamide would help Alzheimer’s.
Researchers gave mice the equivalent of a human dose of 2000 to 3000 milligrams of niacinamide, and the results were shocking. “Cognitively, they were cured,” said Dr. Kim Green, the head of the study. “The vitamin completely prevented cognitive decline associated with the disease, bringing them back to the level they’d be at if they didn’t have the pathology.” Niacinamide also improved memory in mice without Alzheimer’s.
Pioneering integrative physician and researcher Jonathan V. Wright, MD, notes that niacinamide has been widely used for a variety of purposes for more than 60 years, and its safety is well known. He reports that as far back as 1943, William Kaufman, PhD, MD, a psychiatrist and exceptionally thorough clinical researcher, showed that niacinamide deficiency causes impaired memory, easy distractibility, an inability to concentrate, mental fog, slowed thoughts, difficulty comprehending, unwarranted anxiety, a lack of initiative, being uncooperative or quarrelsome, etc. And he discovered that all of these symptoms—and many more—“disappeared or…improved considerably” with the use of niacinamide.
Niacinamide isn’t the only B vitamin that may help significantly with Alzheimer’s. A study from Oxford University found that fairly high dosages of three B vitamins (folic acid, B6 and B12) could reduce the rate of brain atrophy in patients with mild cognitive impairment—because these vitamins reduce homocysteine. (Other studies have found that TMG, or trimethylglycine, also controls homocysteine and is useful if the B vitamins are not enough.) Around 50% of people with mild cognitive impairment go on to develop Alzheimer’s.
But this study, widely trumpeted in the world press, wasn’t quite what it seemed. It was a study of B vitamins, yes, but it was at the same time a study of a patented drug. How could that be? Why was a drug company happy to see the curative role of B vitamins established? Here’s why: TrioBe Plus—the formulation of the B vitamin used in the study, is a patented drug, even though it is really just a blend of three ordinary vitamins and shouldn’t have received a patent. It is made by a Swedish drug company, Meda AB, based on a patent held by the chief researcher. As our colleagues at ANH-Int’l point out, the lead author of the research had to declare a conflict of interest because the patent for the use of these vitamins in this particular form is in his name. He will therefore personally gain massively if your local doctor starts to prescribe this to everyone who’s complaining about losing their car keys on a regular basis.
So the pharmaceutical industry is once again patenting and promoting a drug that’s not a drug, but is merely three forms of vitamin B you can get from any health food store. Supplements are not drugs—but drug companies are so unsuccessful in producing new drugs that they are looking greedily at supplements.

45 responses to “More on Natural Substances to Combat Alzheimer’s”