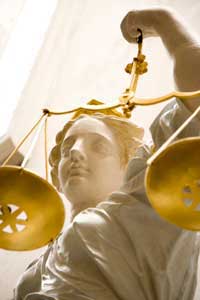 The pioneering cancer doctor is a target once again. But you can help stop the attack.

Stanislaw Burzynski, MD, PhD, is a biochemist practicing in Texas who developed (using his own money) a nontoxic gene-targeted cancer therapy called antineoplastons. It has been shown to effectively help cure some of the most “incurable” forms of terminal cancer.
Dr. Burzynski had tried to get the FDA to review and approve antineoplastons since 1977, to no avail. To make sure he would not get into trouble for using the experimental therapy in his practice, his legal team confirmed that he was acting within the law and could use antineoplastons in his own practice “to meet the immediate needs of patients.” But in the 1980s the Texas Medical Board (TMB) charged him with breaking a law that didn’t actually exist and tried to revoke his medical license. Numerous investigations later—including an appearance before the Texas Supreme Court—found no violation of any law or standard of care. The TMB came up empty-handed.
We have reported on the TMB’s pattern of harassment against integrative doctors a number of times, discussing serious allegations from the Association of American Physicians and Surgeons, the serious attacks on Dr. Bill Rea’s work in environmental medicine and chemical sensitivity, and on Texas Governor Rick Perry’s involvement in appointing board members who actively harass integrative physicians.
As Dr. Joseph Mercola reported in June of this year, the FDA, the pharmaceutical industry, and the National Cancer Institute all knew how promising Dr. Burzynski’s therapy was proving to be. Standard cancer treatment is based on very expensive machines and very expensive toxic drugs. There is an enormous amount of money to be made in this paradigm, and Dr. Burzynski’s work single-handedly threatened to overturn much of it. On the other hand, this treatment showed such promise that they wanted to get their hands on it themselves.
So first they tried to copy his invention using a single non-patented ingredient, and when that failed, they tried to steal his patents out from under him. However, they knew they couldn’t use the stolen patents so long as he had the ability to defend his rights. So the government spent over $60 million to prosecute him on 75 counts of violating federal law, hoping to tuck him away in jail for the rest of his life.
For the next ten years, Dr. Burzynski was engaged in a lengthy and convoluted legal battle with the FDA. After two trials, he was found not guilty on all counts, and his antineoplastons medication is currently undergoing the FDA approval process. His fight was chronicled in a stunning documentary film, Burzynski: The Movie. More info on the documentary can be found at the film’s website, while the movie itself can be viewed online for a limited time.
Now the Texas Medical Board is back. The TMB is making yet another attempt to revoke Dr. Burzynski’s medical license which, if successful, would result in the closure of his clinic, the abandonment of all his patients, and would squelch any possibility of antineoplastons gaining FDA-approval.
Using the death of two of his terminally ill patients as a pretext, the TMB is charging Dr. Burzynski with the off-label use of FDA-approved drugs. It must be stressed, however, that Dr. Burzynski uses the drugs off-label in order to tailor the medication specifically to an individual’s genetic profile, rather than using a one-size-fits-all approach. Dr. Burzynski takes blood and tissue samples from his patients to form their molecular profile. From that he chooses from wide variety of existing FDA-approved drugs to tailor his gene-targeted therapy to his patient’s genetic profile specifically.
Multi-agent targeted gene therapies are the way of future. The American Society of Clinical Oncology has stated that they want to focus on “targeted therapies and personalized diagnosis and treatment” over the next decade. Dr. Burzynski is the only one who is using such a treatment on patients today.
The TMB’s complaint concerns a patient who had triple-negative breast cancer, had already undergone conventional cancer treatment without success, and initially felt better after Dr. Burzynski’s treatment and was able to return to work. The board is charging Dr. Burzynski over the side effects of his treatment, though they do not seem concerned with the horrible side effects she experienced with the conventional cancer treatments.
The complaint also concerns a patient with estensioneruoblastoma, a cancer so rare that any medication use would have been “off-label” since there is no recognized treatment for this disease at all. The patient lived for five more years and the tumor decreased in size by 40%, but the TMB complaint is charging that the disease actually progressed during his treatment.
The off-label use of FDA-approved drugs is not uncommon, and it is legal. According to the American Cancer Society, a study showed that 8 out of 10 cancer doctors surveyed had used drugs off-label. And half of the chemotherapy drugs used are for conditions not listed on the FDA-approved drug label.
Please take 20 minutes to watch this brand-new video on the upcoming court case, and share it with friends. Not only does it outline the charges involved in this case, but it also gives you a glimpse at a new side of Dr. Burzynski’s treatment. You’ll be shocked at how flimsy the TMB’s case is—and how doggedly persistent the board is in harassing Dr. Burzynski and others like him.
The Texas Medical Board v. Stanislaw Burzynski trial will begin on April 11, 2012. Please write to Gov. Rick Perry, who appointed a number of members of the TMB, including its heads, as well as the House Committee on Public Health and the Senate Committee on Health and Human Services, which oversee the TMB. This is about our right as citizens to choose our own cancer treatment—and not allow decades of important gene-targeted cancer research be flushed down the drain in the name of protecting the profits of an industry that doesn’t want Burzynski to survive. Please take action today!