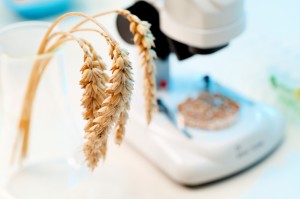 This is a bill sponsored in the House by Rep. DeLauro and in the Senate by Sen. Durbin. Durbin is the arch-nemesis of natural health. But with the right amendments, this bill could actually help! Action Alert!
Sen. Dick Durbin (D-IL) and Rep. Rosa L. DeLauro (D-CT) have introduced a bill, the Safe Food Act of 2015, that would create a new food safety agency. Responsibility for food safety is currently split among several different agencies. This bill would consolidate that responsibility under one agency, and would among other things oversee FDA’s Food Safety Modernization Act rules.
According to a DeLauro staffer, the current bill would include authority over supplements, though the specific legislative language is still not clear about that. While we appreciate DeLauro’s staffer clarifying that supplements are meant to go with food to the new agency, without explicit language we can’t guarantee those on the administrative side of implementation will agree or comply with congressional intent. ANH-USA has long advocated for an independent agency to regulate supplements, separate from both food and drugs. However, moving supplements into this new food safety agency would be a much better option than keeping them under the FDA’s jurisdiction. At the FDA they are seen as competition for drugs, and it is drugs that pay the FDA’s bills. In other words, FDA supervision of supplements involves a massive conflict of interest.
We could support this bill if it includes supplements, and there are other changes. But we have to remain very wary about what else Durbin might be trying to accomplish with this bill. If what he does is consistent with his previous legislative efforts, it will have the intended effect of removing supplements from the shelves or making them too expensive for anyone but the rich to buy.
On the positive side, this bill aims to protect the public from contaminants in food, including “biological, chemical, physical, radiological, and natural toxins, pesticides, drug residues, decomposition, parasites, allergens, and unapproved food or color additives.” If implemented correctly, the bill would get us closer to a real food safety bill, especially if it targets the real bad actors in the agriculture industry. The bill also provides much-needed protections for whistleblowers; perhaps our allies on the Hill will be able to introduce an amendment that includes protections against “ag-gag” laws.
On the negative side, “food production establishments” are currently defined far too broadly, and include “any farm, ranch, orchard, vineyard, aquaculture facility or confined animal-feeding operation.” To put CAFOs in the same class as small organic family farms is unconscionable—they aren’t even in the same league, either economically or by scale of violation. Creating exemptions for small farms and businesses was one of our big achievements during the passage of the Food Safety Modernization Act and these exemptions must be carried over.
We understand that the new agency will not have jurisdiction over the National Organic Program, which would stay under the USDA. And while we and others view GMOS as a food safety issue, the new bill does not. GMOs are currently handled by a number of agencies amid vague and confusing regulatory provisions. There really ought to be a proper regulatory structure to assess GMO safety, and this new agency would have been the logical place.
The Obama administration’s 2016 budget called for the creation of this single food safety agency. Other reactions were mixed: USDA Secretary Tom Vilsack backed the plan. Some Republicans opposed the plan, including Sen. Pat Roberts (R-KS), chair of the Senate Agriculture Committee, citing increased bureaucracy, and the chief of staff for Rep. Robert Aderholt (R-AL), who heads the House Appropriations Committee, dismissed the proposal as “unserious.” Perhaps we can surprise everyone by turning this bill into something not only serious, but also useful.
Action Alert! Write to your senators and representative and ask them to urge Sen. Durbin and Rep. DeLauro to amend this bill. Ask for language that explicitly makes supplement safety the responsibility of the new agency, places organics and GMOs under this new agency’s purview, adds protections against “ag-gag” laws to the whistleblower provisions, retains exemptions for small farmers, and handles CAFOs and other industrial agriculture operations separately from small farms and businesses. Let Congress know how important supplements are to you. Please send your message to Congress today!