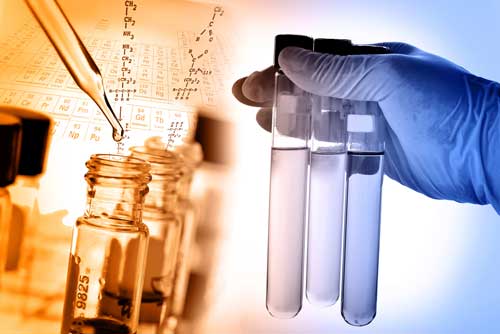 The supplement ban was issued based on a single unverified test, performed by a scientist who usually studies lizards, using completely inappropriate technology—and new tests show that the original testing was wrong. State-based Action Alert!
The NY attorney general’s cease-and-desist letters to four national-chain retailers, charging them with selling nutritional supplements that were “deliberately mislabeled” and “potentially dangerous to public health,” has created a firestorm of media attention—all of which is completely unwarranted. Now one of the retailers, GNC, has proof from new tests that the products contain precisely what the labels claim.
AG Eric Schneiderman said that the products did not contain the herbal compounds that were advertised on their labels. However, he took these actions on the basis of only one testing technology from only one laboratory, performed by a scientist whose work centers on the evolutionary genetics of reptiles. The test he used, DNA barcoding, is a technology that is quite appropriate for determining the DNA of lizards and snakes, but is utterly inappropriate for testing supplements. In many commercial extraction processes for herbs, little or no DNA is extracted—so the test will assume, falsely, that the herbal compound is missing because its DNA isn’t present.
DNA barcoding has been shown to be inaccurate by botanical scientists and is not the standard utilized by the FDA in determining if products are appropriately labeled. Even scientists who are generally critical of nutritional supplements, such as Dr. Pieter Cohen of Harvard Medical School, agree that the wrong test was used.
A number of other factors make this type of testing problematic as well:

Appropriate analysis can be done using mass spectrometry, chromatography, and simple titration, but the AG may not have the requisite expertise to make correct determinations. At a minimum, additional testing using microscopic analysis and time-honored chemical methods should have been conducted to confirm the initial results.
GNC Holdings responded to the AG’s actions with the results of new testing that was performed on the same product lots cited in the AG’s letter. GNC used generally accepted testing methodologies approved by standard-setting bodies, including the US Pharmacopeia (USP), the Association of Agricultural Chemists (AOAC), British Pharmacopeia (BP) and European Pharmacopeia (EP). Robert Fish, an expert on FDA good manufacturing, reviewed the test results and stated, “The products at issue were each manufactured in compliance with federal FDA requirements, that the products contain the ingredients stated on the labels at the levels indicated on the labels, that the products are not contaminated, and that the products are therefore not adulterated.”
The great tragedy here is that most of the news reports about this incident seem to paint all nutritional supplements in a negative light, when the vast majority of manufacturers subject their herbal products to rigorous and open scientific testing. On top of that, they are held to current Good Manufacturing Practices (cGMP) guidelines, which require regular testing using accepted and scientifically validated methodologies. In fact, such a testing regimen, already in use throughout the industry, is one reason supplements have such an exemplary track record of safety and efficacy.
We find the timing of the AG’s rash actions to be suspect. The state of New York has been historically biased against supplements, which makes the supplement industry an easy “bogeyman” for the AG. In this case, not only did he release news of the study with no validation, and with no peer review of the findings or the testing process, he did so less than a month after New York state senator Kenneth LaValle introduced legislation that would require supplement bottles to disclose whether or not the FDA has tested them—a ridiculous requirement given the FDA doesn’t test any products of any kind, including supplements. LaValle has introduced a series of bills to establish a parallel, state regulatory regime for supplements—even though supplements are already regulated on the federal level quite thoroughly by both the FDA and the FTC.
For the past ten years, a number of different bills have been introduced in New York to regulate supplements—from multiple senators, including Sen. LaValle, who was quoted in the AG’s press release pushing his legislation. ANH-USA has consistently opposed these bills in the past.
On top of that, the AG’s actions are being used—and perhaps this was the intention all along—as a springboard to further the anti-supplement agenda being pushed by Sen. Dick Durbin (D-IL) and Sen. Richard Blumenthal (D-CT). In fact, the senators used the AG’s action as an opportunity to call on FDA to take similar steps nationwide.
But back to the New York attorney general. If he were interested in an open and honest investigation into the safety and effectiveness of nutritional supplements, why is he refusing to publish the study’s analysis for peer review? Many in the industry are frustrated at the lack of transparency over both the data and the process. The Council for Responsible Nutrition stated, “We need to call out the attorney general to give us the test data and justify why they used DNA barcoding when it’s not a validated method for finished products. We need to put the AG under the same scrutiny as he as put the industry.”
Action Alert for New York residents! Write to your state senator and representative (with a copy to the NY attorney general) and ask them to reject Sen. LaValle’s bill to create a state dietary supplement safety committee—to create a parallel regulatory structure for supplements, competing with federal law and confusing the public. Also demand that the AG’s full test report, including the product labels and reference materials used, be made available for peer review immediately. Please take action immediately!