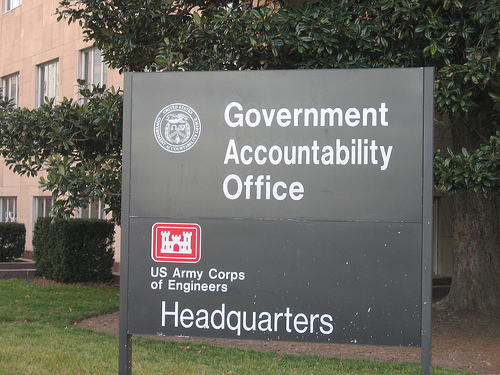 Who should worry about this? And will consumers learn even less about what they are eating?

On January 14, the Government Accountability Office (GAO) released a report called “Food Labeling: FDA Needs to Reassess Its Approach to Protecting Consumers from False or Misleading Claims.” The request for the study came from the same appropriations subcommittee in both chambers of Congress: the Subcommittee on Agriculture, Rural Development, Food and Drug Administration, and Related Agencies. Herb Kohl (D-WI) in the Senate and Rose DeLauro (D-CT) in the House were the respective subcommittee chairs.
The GAO report is concerned with certain health-related claims called structure/function claims. S/F claims describe how a food or supplement affects the body’s structure (i.e., the skeleton) or its function (i.e., digestion).

The reports says that to make sure such claims on food labels are not false or misleading, the FDA should do three things:

Some food products have claimed health benefits for unhealthy, sugary products, so this is a legitimate area of concern. But the Federal Trade Commission (FTC) already has the regulatory authority to hold these companies accountable—that’s one of its primary functions—and similar authority does not need to be given to the FDA.
The report also criticized another category of health claims called qualified health claims (QHC), claiming that consumers may be confused by them, and noting that European Union and Canadian food labeling laws do not allow their use on food labels for that reason.
This is typical of the FDA’s and FTC’s own attitude: better to leave consumers totally in the dark unless the health claim has “significant scientific agreement,” a standard that is almost never met in science, or unless the underlying product has been taken through the full FDA approval process, which costs $1billion on average and is generally not feasible for non-patented substances. As we’ve reported previously, QHCs are extremely important because they allow food and supplement manufacturers to discuss what scientists have so far discovered about the healthfulness of their product.
We would not be surprised to discover that the FDA itself had gotten the appropriations committees to ask for the report, since it is FDA bureaucrats who would like to receive expanded regulatory authority. In fact, the report’s concern over QHCs may be because the FDA is still smarting over the lawsuit we won against them allowing QHCs for supplements.
ANH-USA will, of course, continue to monitor all related developments, and if legislation ensues, we will let you know immediately.