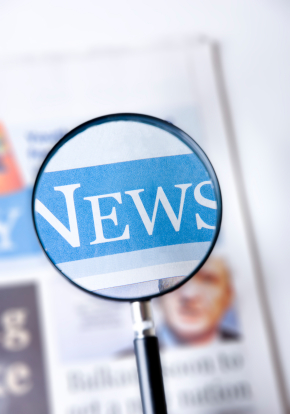 The report last week about female Chinese infants growing breasts because of hormone-laden milk formula has gotten people’s attention. The same Chinese milk products are believed to have been sold into the US.

Meanwhile Ohio’s governor, Ted Strickland, continues to press his war against milk producers who openly state that their milk has not been contaminated by injection of bovine growth hormone (BGH) or other hormones into the cows. Strickland originally wanted to forbid all such statements because the largest dairy producers did not like them. He then decreed that such statements could only be kept if accompanied by an FDA disclaimer that milk from cows treated with bovine growth hormone was identical to other milk. Not only accompanied: the disclaimer had to be the same font and the same size type, a requirement that the governor knew national brands could not possibly comply with—it would force them to drop the statements not only in Ohio, but everywhere.
Never mind that the FDA disclaimer was factually false. Milk from cows treated with bovine growth hormone is chemically different from other milk in a variety of unattractive ways, including being higher in insulin-like growth factor (IGF-1), which has been linked to cancer.
And who do you think developed the false disclaimer at the FDA? An individual named Michael Taylor who then joined Monsanto in a senior management position and has now returned to the FDA as senior advisor to the Commissioner. Note, however, that Monsanto sold its bovine growth hormone business to Eli Lilly in 2008; it is no longer Monsanto whose corporate interests are at stake; so Taylor no longer has any conflict in dealing with the BGH issue—right?
The BGH label issue in Ohio has gone to court. The judge ruled against our side, but ordered mediation. A similar BGH gag rule was also attempted in Pennsylvania by then-state Secretary of Agriculture Dennis Wolff, but was countermanded by Governor Ed Rendell. A similar bill was passed by the Kansas legislature, then vetoed by Governor Kathleen Sebelius shortly before she left to become Secretary of Health and Human Services (and thus in charge of the FDA).
Governor Strickland is locked in a tight re-election race in Ohio. We hope our Ohio supporters will help spread the word about his sell-out to large dairy interests at the expense of our children’s health.

Senate bill S.3307 and House bill HR.5504 are stirring up a ruckus. The Senate bill has passed; the House bill has not yet been voted upon. Their language asks the US Department of Agriculture to develop better standards for the National School Lunch Program and for school vending machines, a favorite initiative of First Lady Michelle Obama. The ruckus is because the Senate bill takes money away from food stamps to fund it, while the House version is so far unfunded.
What no one seems to be noticing is that the USDA is grossly unqualified to develop school lunch standards. This is the agency, notoriously in bed with large corporate interests, that brought us irradiated meat, often from questionable sources, for school children, along with a refusal to let beef producers test for Mad Cow Disease or reveal the results of such tests.
We recently recounted how USDA mandates that irradiated almonds cannot be labeled as such and must instead be labeled “raw.” And of course the Department is all for GMO food, no matter the evidence that is produced against it, and all for BGH-treated milk, even though Canada, Japan, and most of Europe have banned it.
School lunches certainly do need better standards, but if those standards are produced by the USDA, will we get standards written, behind the scenes, by the likes of Monsanto? Nothing is more important than our children’s diet, or for that matter, our own. It is one of the most important elements of natural health. But to get the right school lunch standards, the USDA, like the FDA, needs a thorough-going reform.

Court Again Says No to Monsanto

Harvard researcher George Church and colleagues have announced the creation of a new technology—Multiplex Automated Genome Engineering, or MAGE—that will, according to Bloomberg, “induce 50 different gene [DNA] alterations in a population of bacteria almost simultaneously, creating billions of cellular mutations in a matter of days.” The researchers are elated by all the genetically modified organisms they can now make in the blink of an eye.
Church did say last July that the US should develop regulations to keep such technology out of the hands of terrorists. We do not feel very reassured to hear that government regulations will somehow protect us from the massive bio-terrorism that could be unleashed by this MAGE technology.

Also in Featured in the August 17, 2010 Newsletter:
Memo to Political Leaders: When You Think Job Creation, Think Natural Health (If You Don’t, Other Countries Will)