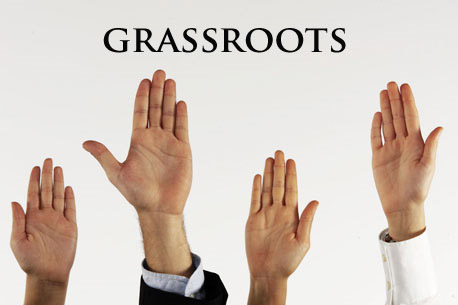 (Note: Please see the two related Action Alerts—one on the FDA’s new NDI guidance, the other on the Durbin bill—in the last paragraph of this article.)

The New York Times made nasty insinuations about both the supplement industry and Sen. Hatch, one of the two authors of DSHEA—and got the facts completely wrong about ANH-USA.
The New York Times recently ran a piece about Sen. Orrin Hatch’s support for the supplement industry. The article was full of innuendo about Sen. Hatch being in bed with supplement companies, in effect helping them make exaggerated claims to push their products. ANH got a similar treatment. The paper calls us “a trade group” (that is, a front for supplement companies) that helped defeat the McCain bill. This is similar to the treatment we received in the Citizens for Responsibility and Ethics in Washington (CREW) report which also identified us as a trade group.
The Alliance for Natural Health is not a trade group—we are a consumer-run and consumer-serving advocacy organization. Contrary to what the Times piece suggested, it was our activists—consumers who themselves buy nutritional supplements—who helped defeat the McCain bill. Access to natural health products is a consumer choice, and the pressure to protect them from drug-related interests isn’t coming from industry, lobbyists, or Washington “politics” as the Times (and the CREW report before it) claimed, but from consumers like you.
The article also repeats the familiar tactic of conflating a few bad actors with the entire nutritional supplement industry. The reporter was only able to point to a few companies that have made exaggerated health claims—yet made these anecdotes representative of the entire industry.
The article assumes that further regulation is needed. But the offenses they repeatedly point to—exaggerated health and disease claims, including steroids in supplements, etc.—are already illegal. As we have noted many times before, supplements are already subject to extensive regulation. In order to keep consumers safe, the FDA merely has to enforce the current regulations—not add new ones!
For example, Xango juice company is quoted as having thanked Sen. Hatch for “helping their exotic fruit juice business ‘operate without excessive intrusion’ from Washington,” and the piece reports that some supplement companies are making donations to Hatch’s campaign. This insinuates that Hatch was helping companies engage in questionable business practices by stepping in and opposing regulation. But as noted, exaggerated health claims are already illegal, and Sen. Hatch has never supported any illegal actions from this industry, legislatively or otherwise. The implication that, but for Hatch, companies would not be able to make exaggerated health claims, is ridiculous.
The piece further implies that Hatch has hindered regulators from preventing dangerous products from being put on the market, including supplements that are illegally spiked with steroids or other unapproved drugs. This is also ridiculous. The senator has never tried to prevent enforcement against illegal products. In fact, Sen. Hatch co-authored, along with Sen. Harkin, the DSHEA Full Implementation and Enforcement Act, a bill designed to bolster enforcement against the few supplement companies engaged in illegal behavior.
The Times article adopts a familiar paternalistic tone—as in, “We know what’s best for you!”—particularly in referring to natural health products as “niche industries or parochial programs.” In fact, over 50% of Americans use supplements, so supplements are hardly a “niche” interest. Is it any surprise that these citizens are making their voices heard?
The article presents the McCain bill as a law to protect consumers when in reality it would have greatly restricted consumer access to natural health products. One reason we fought so hard against the McCain bill was that it would have given the FDA full discretion and power to compile a list of supplements that would be allowed to remain on the market and ban the rest. This would have been completely arbitrary—just whatever the FDA decided to list, and we all know that the FDA is much too close to the drug industry and much too hostile to supplements.
We’ve seen what has happened in the European Union, with their adoption of strict new guidelines on supplement accesses, and we do not want to go down that path. The European Food Safety Authority has sharply reduced the list of available supplements and is in process of lowering the potencies allowed, e.g., less beta carotene than can be found in half of a large carrot.
There are numerous other problems in the New York Times article:


The only doctor the article cites is Steven Novella. He is president and co-founder of the New England Skeptical Society—a group which, like its ally Quackwatch, is violently opposed to all Complementary and Alternative Medicine—hardly what you would call a balanced and unbiased source. He certainly is not representative of the high number of physicians who both recommend and take supplements themselves.
We find it interesting that less than two weeks before the Durbin bill was introduced and the FDA simultaneously released its New Dietary Ingredient (i.e., supplement) guidelines—both of them frontal attacks on DSHEA—we get this article in the New York Times defaming Sen. Hatch, one of the principal authors of DSHEA and one of few people still able to tell everyone what Congress’s original intent was when passing DSHEA. The irony is that Sen. Hatch is hardly someone who is anti-FDA—in fact, he has authored legislation to give the FDA more funding!
No, this carefully orchestrated campaign is nothing less than an attempt to crush DSHEA and outlaw the vast majority of nutritional supplements—which will ensure a total monopoly for the pharmaceutical industry.
To that end, we want to reiterate both our Action Alert on the Durbin bill and our Action Alert on the FDA’s NDI guidance. If you have not already done so, please send your messages to Congress on both these matters immediately. Your access to natural supplements is at risk.