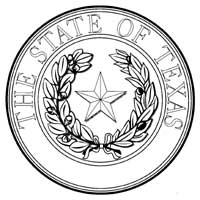 The HPV vaccine is not the only issue which ties Governor Perry to special interests and “dirty deals” in medicine.


Another scandal involves the Texas State Medical Board. Many people have wondered why the TMB has been able to harass integrative doctors so aggressively and in such an underhanded way. This too involves Perry quite directly.

Last year we reported on the allegations against the Texas State Medical Board from the Association of American Physicians and Surgeons. The AAPS charged the board with manipulation through anonymous complaints; conflicts of interest; violations of due process; breaches of privacy; and retaliation against those who speak out. We also reported on the board’s attacks on Dr. Bill Rea, a leading researcher and clinician in the field of environmental medicine and chemical sensitivity.

It was Governor Perry who made each and every appointment to the current Texas Medical Board, even reappointing six of them after the scandal broke.


In 2007, Perry reappointed Roberta Kalufut to the board, even though she was specifically charged in the AAPS lawsuit as follows: “[Kalufut] arranged for her husband to file anonymous complaints against other physicians, including her competitors in Abilene [and] worked inside the TMB, with other defendants, to discipline doctors based on anonymous complaints filed by her physician husband.” Kalufut resigned in 2008.

It might seem that ANH-USA is piling onto Perry. But we aren’t political partisans—we have no involvement in the GOP nomination process nor are we endorsing anybody. What we are concerned about is crony capitalism in medicine, which underlies the present medical system and leads to so many bad outcomes, including the legal suppression of integrative therapies, along with exorbitant costs, needless suffering, and unnecessary death.

It is clear to us that Gov. Perry is part of this problem, and voters need to understand that he doesn’t extend his professed small government stance to medicine. Indeed, his overall small government persona seems to be masking a bloated, big government approach to healthcare—one tightly allied with special interests.

14 responses to “Perry and the Texas State Medical Board”