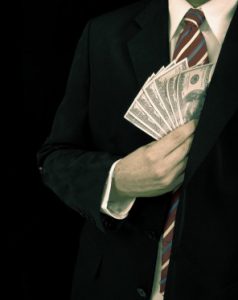 It wasn’t enough that they raised the price of this critical drug from $10 to $1,500 per dose. Now they are going after pharmacists and hitting pregnant low-income women the hardest.

KV Pharmaceutical Company is trying a new approach to corner the market for their drug Makena, which helps prevent premature births. They are “raising concerns” about the quality of 17P (17-Hydroxyprogesterone), a hormone that forms the active ingredient in the drug that has been used for many years by compounding pharmacies to make a low-cost version of the pregnancy medicine. The FDA has now agreed to investigate.
You may recall from our earlier article that KV took a compounded drug costing $10 per dose, patented 17P, got it approved by the FDA under the Orphan Drug Act, and immediately raised the price to $1,500/dose (or as much as $30,000 over the course of a pregnancy). When the media picked up this story, KV Pharmaceutical eventually lowered its price from $1,500 to $690 per dose—but that’s still an absurd price when the compounded version only costs $10.
KV then sent letters to compounding pharmacists, telling them they must stop selling their versions of the drug or else face FDA enforcement actions! After an outpouring of protests from you and other grassroots supporters, the FDA was forced to officially concede that this was in fact not the case.
Last month, KV Pharmaceutical presented FDA with data that claims there is variability in the purity and potency of the bulk ingredient and compounded forms of 17P. However, KV has refused to make this data publicly available, so it is impossible to verify their information. FDA has agreed to look into KV pharmaceutical claims and will conduct an on-site review of the laboratory that makes the bulk ingredient.
By resorting to such bullying tactics, the drug company seems to be trying every approach it can to stamp out competition. Their questioning the quality of compounded drugs is especially ironic considering their own credibility is on the rubbish heap. This past week, the drug-maker agreed to pay $17 million as a settlement for violating the False Claims Act—the company failed to advise the Centers for Medicare and Medicaid Services that two of its drugs were unapproved and didn’t qualify for coverage. Besides selling unapproved drugs, they also admitted to making false claims and sending out false quarterly reports.
Remember last week’s article about the government receiving settlements in lieu of prosecution, because the government doesn’t want to lose the drug companies’ business? Another week, another example of drug company crony capitalism.
This comes just seven months after Marc Hermelin, the former chairman and CEO of KV, pleaded guilty to presiding over the production and distribution of morphine sulfate tablets that were larger and contained more morphine than they were supposed to; other tablets were of irregular sizes. He himself was ordered to pay a $1.9 million fine.
Compounding pharmacies have been compounding 17P since 2000, with no controversy. So while KV attempts to bolster the price of its stock, now worth 5% of what it was worth four years ago (this year alone it has fallen from over $12 a share to its current $1.75 a share), its latest stratagem appears to us to be a calculated attack on compounding pharmacists and pregnant women—many of them low-income women without insurance who have no way of paying the exorbitant price of Makena.

58 responses to “New Underhanded Tactics from Pharma—Is It Greed, or an Act of Desperation?”