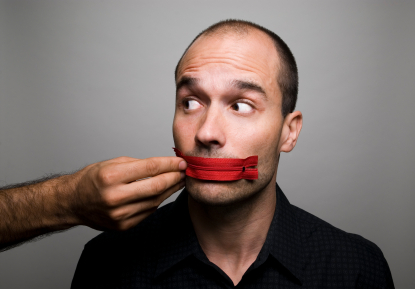 Why are some of your legislators refusing emails from you—and what are we doing about it?


What does it tell us when our elected officials seal themselves up in Washington and refuse to take emails from the people who elected them?

No, we’re not making this up. Nor is it just an isolated case here and there. A surprising number of senators and representatives refuse to listen to American citizens by making it extremely difficult for them to provide public comments. So much for the democratic process!

We believe citizens should have the right to quickly, simply, and easily contact Congress to make their voices and opinions heard. But certain legislators refuse to accept email messages submitted by third parties like ANH-USA or other nonprofit advocacy groups. Instead, they set up complicated web forms as a way to discourage comment.

Here are the offenders, in alphabetical order:

Sen. Mark Warner (D-VA) was on that list, but after we contacted him about the issue, he is now accepting our alerts. We thank him, and applaud his willingness to listen to his constituents.

In addition to the above elected officials, Regulations.gov, the website used by federal agencies to receive comments on proposed rules, guidance, etc., changed its interface last year to ensure that third-party organizations like ANH-USA could not supply comments from our members and readers. Every time our software company would fix the issue, Regulations.gov would change their interface again. After speaking with Regulations.gov directly, they admitted that they didn’t want to receive comments from third-party websites.

Readers, rest assured that we’ve been mailing in your comments so they’re received by the agencies—whether they like it or not!

Please phone your elected officials today and tell them to remove obstacles to democratic participation! Our Call-In Action Alert lets you look up your legislators’ phone numbers, and gives you guidelines and a script outline you can refer to when you call. Or, if you prefer, go to the legislator’s website and send in a message using their form. But don’t be surprised if it isn’t possible to send in any message you want. Some of the forms require that you comment on a specified list of topics—another barrier to free communication.

Even if your elected officials are not on the list, you can still participate. Please phone Regulations.gov at 1-877-378-5457 and tell them you want your voice to be heard! You can use the same Action Alert—you won’t need to adapt the talking points very much to tailor them for a government agency instead of a legislator’s office.

Refuse to be silenced!

26 responses to “They’re Public Servants—Doesn’t That Mean They Should Listen to the Public?”