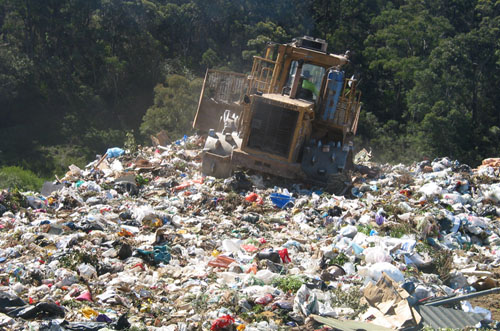 It isn’t just the FDA that wants to censor science in America. Three major plastic bag manufacturers are suing eco-friendly ChicoBag simply for citing scientific facts and statistics. Strike back with our new Action Alert!


Plastic grocery bags are not biodegradable. They clog waterways, spoil the landscape, pollute the soil and water (and therefore us), and choke birds and marine mammals who mistake them for food. Once they end up in landfills, they may take 1,000 years or more to break down into ever smaller particles that continue to pollute the environment.

Three large plastic bag makers—Hilex Poly Company, LLC; Superbag Operating, LTD; and Advance Polybag, Inc. apparently don’t like these kind of facts and have filed a lawsuit in South Carolina. They are suing the ChicoBag Company, claiming that it has caused harm to their businesses.

ChicoBag is trying to help eliminate the unnecessary use of single-use paper and plastic bags. They have designed reusable bags that are durable, tasteful, and convenient: they are small enough to tote in a pocket and have features that allow them to be clipped anywhere.

The three single-use plastic bag manufacturers accuse ChicoBag of unfair advertising and unfair competition. What did ChicoBag do that was so wrong? The company merely cited the effects of plastic bags on the environment on its Learn the Facts web page:


Note that none of these facts come from ChicoBag. The company is simply citing well-known information from reputable sources. The same information has been used in countless publications, news stories, and websites over many years; ChicoBag is one of the few organizations that actually provides documented sources for the facts they use. In other words, the plastic bag industry seems to be angry that ChicoBag quoted the Environmental Protection Agency and National Geographic and told the truth. (We see this kind of behavior all the time from the FDA but it’s less usual in commerce.)

The lawsuit was conveniently filed in South Carolina because that state has no so-called anti-SLAPP laws—laws that protect against lawsuits “intended to censor, intimidate and silence critics by burdening them with the cost of a legal defense until they abandon their criticism or opposition.” The plaintiffs are citing the Lanham Act, a piece of trademark legislation which says a company can sue over claims which merely point to their product in general.

The discovery process (where both sides trade pertinent information with each other) is currently underway, and a jury trial is scheduled for sometime in early 2012.

Andy Keller, the owner and president of ChicoBag, has posted a detailed timeline showing the history and tactics of the single-use plastic bag industry against eco-friendly alternatives.

Plasticbaglaws.org is an excellent resource for staying vigilant on the issue. They also have a listing of all federal, state, and local laws and pending legislation pertaining to plastic bags on their website.

We have seven different Action Alerts for residents of those states with pending legislation about single-use plastic bags. None of the bills ask for an out-and-out ban. Many place a fee on single-use disposable bags, and some require that the plastic bags meet certain environmental standards. Further, some of the bills require that retailers sell reusable bags at the check-out counter. Supporting these bills is a good way to stand up to the plastic bag industry and let them know we don’t like their predatory tactics of intimidation. We also have a general Action Alert for residents of the other 43 states to ask their state legislators to introduce similar bills. Please take action today!

123 responses to “Don’t Like the Competition Talking about Science? No Problem, Just Take ’Em to Court”