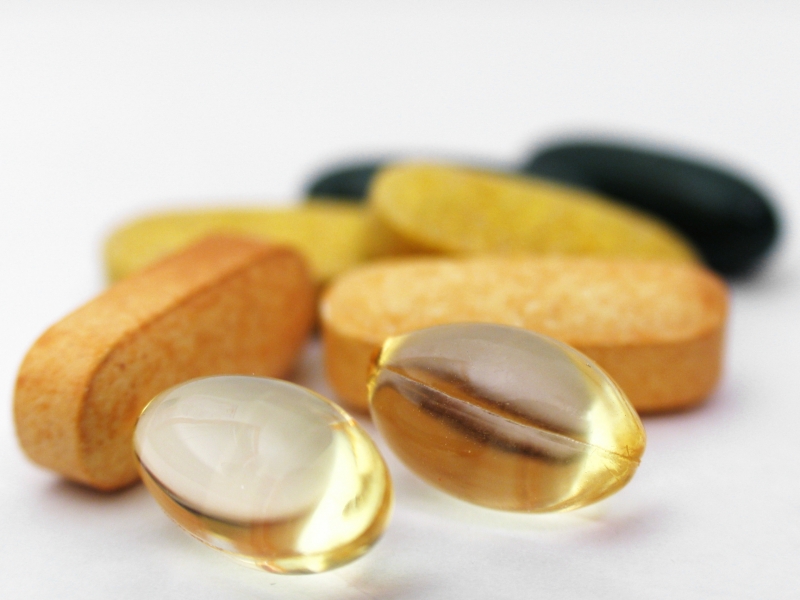 The New York Times published an opinion piece by Dr. Paul Offit on June 8th, 2013 titled Don’t Take Your Vitamins.1 The article calls into question the benefit of vitamin supplementation. The opinion posits that most people get the nutrition they need from food and should not take supplemental antioxidant vitamins. Dr. Offit also suggests that vitamins could be harmful if taken in supplemental form.
Offit’s argument that eating a healthy diet supplants the need for dietary supplementation contradicts a large body of published scientific literature. It is very difficult to obtain optimal nutrition from diet alone.2,3
For example, in 2005, the United States Department of Agriculture (USDA) issued a report analyzing the adequacy of nutrient intake from food alone in the United States.4 The percentages of Americans with inadequate nutrient intakes from food are shocking and highlight the need to supplement to ensure optimal nutrition:

Moreover, optimal nutrition encompasses far more than simply consuming the recommended daily intake (RDI) of vitamins and minerals each day in order to prevent diseases like scurvy, rickets, and pellagra. For example, although 60 mg of ascorbic acid per day is a minimum for prevention of scurvy, this dose is far too low for optimal benefits. As another example, the RDI for vitamin D is 600 IU for adults up to age 70, which ignores current science indicating that this amount is far below the intake level needed to generate optimal 25-hydroxyvitamin D blood levels.5-8

In stark contrast to Offit’s opinion piece, protective effects of multivitamin supplementation have been seen in major studies. For example:
A large intervention trial was published in The Journal of the American Medical Association (JAMA) in 2012. This paper reported data from the Physicians’ Health Study II, a randomized, double-blind, placebo-controlled trial, in which over 14 ,000 U.S. physicians took either a multivitamin or placebo each day and were followed for an average of 11.2 years. The doctors who took a multivitamin had a statistically significant reduction in total cancer incidence compared to those who took a placebo pill.9
A 2010 study published in The American Journal of Clinical Nutrition including over 31, 000 women aged 49–83 revealed cardiovascular benefits of regular multivitamin use. In this study, women without a history of cardiovascular disease who took a multivitamin for more than 5 years had about a 40% reduced risk of heart attack.10
In this opinion piece Offit ignores data that conflicts with his agenda. The author highlights the CARET trial, which suggested negative effects of beta-carotene supplementation in smokers, but neglects other studies related to the compound.
For example a larger (22,071 male physicians vs. 18,314 smokers), longer (12 years vs. 4 years), and higher dose (50 mg vs. 30 mg daily) U.S. trial found beta-carotene had no effect on cancer rates of healthy men. Twelve years of supplementation with beta-carotene produced neither benefit nor harm in terms of the incidence of malignant neoplasms, cardiovascular disease, or death from all causes.11
Also excluded was an analysis of dietary carotenoid intake and lung cancer risk. Two large prospective cohort studies in the United States following more than 120 ,000 men and women for at least 10 years revealed no significant association between dietary beta-carotene intake and lung cancer risk. However, men and women with the highest intake of total carotenoids, alpha-carotene, and lycopene were at 32% lower risk of developing lung cancer than those with the lowest intake. In subjects who never smoked, a 63% lower incidence of lung cancer was observed for the top compared to the bottom quintile of alpha-carotene intake.12

In his essay, Dr. Offit cited only studies suggesting negative effects of supplementation. However, important evidence to the contrary was excluded from the discussion. Dr. Offit’s choice to focus only on negative data while ignoring positive findings may have been influenced by the fact that he will soon be publishing a book bashing alternative medicine. Thus, his views on antioxidants and multivitamins may be biased in order to promote interest in his new book.

The Importance of Multivitamins

The prestigious Journal of the Federation of American Societies for Experimental Biology (FASEB J) published a paper by Dr. Bruce Ames, a globally recognized scientist, on the importance of nutritional supplementation for optimal health.13 Dr. Ames’ paper supports the fundamental philosophy to health and longevity that Life Extension® has promoted for over thirty years.
The paper builds upon Dr. Ames’ Triage Theory of optimal nutrition, which states that the human body prioritizes the use of vitamins and minerals when it is getting an insufficient amount to keep functioning. While short-term deficiencies are common, they are often not taken seriously by mainstream physicians. Dr. Ames’ research may change all that, as his paper shows how bodily insults accumulated over time as a result of vitamin and mineral loss can lead directly to age-related diseases.
Echoing the importance of this research, Gerald Weissmann, M.D., Editor-in-Chief of the FASEB Journal said, “This paper should settle any debate about the importance of taking a good, complete, multivitamin every day. As this report shows, taking a multivitamin that contains selenium is a good way to prevent deficiencies that, over time, can cause harm in ways that we are just beginning to understand.”

For a comprehensive analysis of how fundamental flaws in study design and suboptimal multivitamin formulation can confound study findings and mislead the public, refer to the Life Extension article titled Findings from Flawed Study Used To Discredit Multivitamin/Mineral Supplements. It is available at: http://www.lef.org/featured-articles/1014_Flawed-Study-Used-To-Discredit-Multivitamin-Mineral-Supplements.htm