An expert on uranium and plutonium, Dr. John William Gofman — professor emeritus of molecular and cell biology, at the University of California, Berkeley —is also on the faculty at the University of California Medical School in San Francisco. In the early 1960s, the Atomic Energy Commission asked Gofman to establish a biomedical research division at the AEC’s Livermore National Laboratory, for the purpose of evaluating the health consequences of all types of nuclear activities.
In 1990 Gofman declared that “by any reasonable standard of biomedical proof,” there is no threshold level (i.e., no harmless dose) of ionizing radiation with respect to radiation mutagenesis and carcinogenesis, a conclusion supported in 1995 by a government-funded committee studying radiation. Also in 1995, Gofman provided evidence that medical radiation is a necessary co-actor in about 75 percent of recent cases of breast cancer in the United States.
Over the past several decades, as the use of diagnostic procedures involving radiation has increased, a growing number of American health professionals have doubted the benefit of these scans. The Wall Street Journal published accounts of parents, who were physicians, questioning the use of CT scans on their own children who had suffered falls. Now the New York Times “has examined thousands of pages of public and 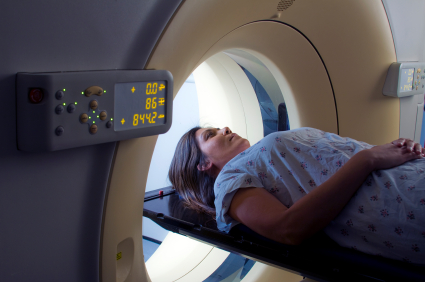 private records” to better understand the risks and accidents associated with the medical use of radiation. Dr. Fred Mettler author of several books on medical radiation, says, “My suspicion is that maybe half the accidents (caused by the use of medical radiation) we don’t know about.” Writing in the Times, Walt Bogdanich said: “Regulators and researchers can only guess how often radiotherapy accidents occur. With no single agency overseeing medical radiation, there is no central clearinghouse of cases. Accidents are chronically underreported, records show, and some states do not require that they be reported at all.”
It is inexcusable for the government and the medical community to allow facilities not to report medical errors involving the use of medical radiation. Meanwhile, Dr. Gofman urges healthcare consumers to ask their physicians if a test employs the least dose of radiation that can produce a readable scan. And always ask if the test will change the diagnosis or the treatment of your condition: If the answer is no, why does the doctor feel the scan is necessary?

9 responses to “Safety of Radiation Questioned”