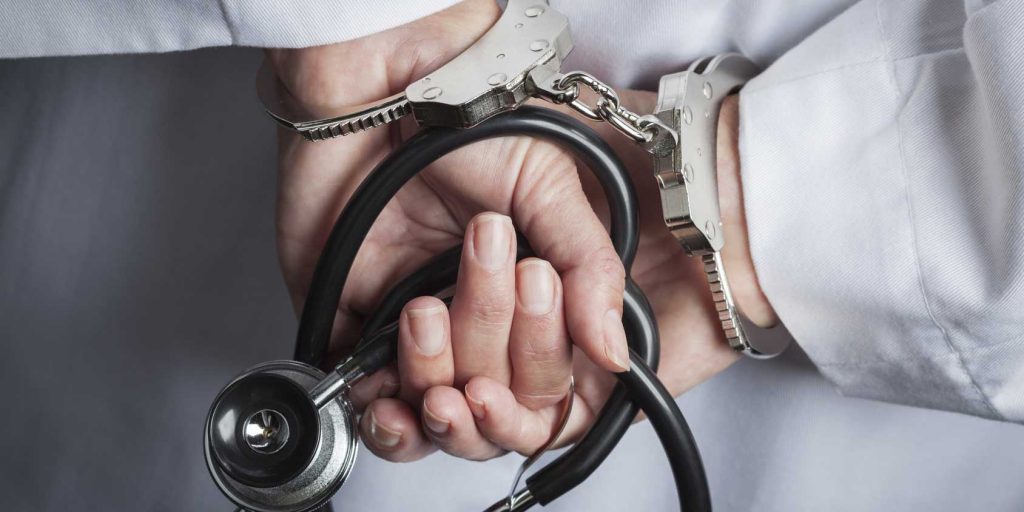 The Federation of State Medical Boards is actually an entirely private trade group that seems to exist to thwart competition. State-based Action Alerts!
For many months, we’ve been following the FDA’s war on natural medicine. The agency has been eliminating natural ingredients from the list of substances from which pharmacies can make customized medicines, such as curcumin, boswellia, and aloe vera.
We’ve also noted that the new regulations are making it difficult for doctors to get medicines like compounded vitamin B12, which is driving up the price for once-affordable IV vitamin B12 shots. Ironically, Hillary Clinton reports that she gets these shots, but then again, she does not have to worry about the cost. Bioidentical hormones, such as Estriol, are also threatened.
Unfortunately, the FDA is not the only danger to customized natural medicines.
The Federation of State Medical Boards (FSMB) recently considered adopting a position statement encouraging physicians to avoid engaging in “office use” (compounding medications in bulk in anticipation of patient need) and to avoid making sterile medications in their offices. Instead, physicians would be encouraged to get sterile medications from 503B “outsourcing” facilities.
These positions strike us as patently absurd, driven by Big Pharma, and part of the effort to eliminate customized, natural medicines from the market.
The compounding of sterile drugs must of course be carefully done to avoid contamination, but as long as a doctor has the proper training and equipment—which any skilled and responsible doctor would—any risk would be substantially mitigated. This position against in-office sterile compounding could also interfere with in-office IV nutritional therapy, where a doctor makes an intravenous nutrient bag based on the needs of an individual patient. Many physicians and patients may not be able to afford the alternatives, such as using a hospital pharmacy. This is likely the FSMB’s intent—to make the practice of personalized and integrative medicine more and more difficult.
It is also telling that the position statement explicitly encourages doctors to get their sterile medications from outsourcing pharmacies. We recently reported that the FDA has been trying to wipe traditional compounding pharmacies off the map by forcing them to register instead as outsourcing facilities, since what can be compounded at outsourcing facilities is completely at the FDA’s whim and can be very narrowly defined. This will likely eliminate many traditional compounding pharmacies, and leave only the largest ones open for business—by then owned by Big Pharma.
The FSMB is also following the FDA’s lead in its hostility toward office use. In violation of clear Congressional intent, the FDA has already severely restricted a doctor’s ability to keep medications on hand for the immediate treatment of a problem a patient may have. Congress, in response, specifically directed the FDA to set forth how office use can continue. Both the FSMB and the FDA are defying the will of Congress, as well as the will of the American public.
It is unclear whether this position statement was formally adopted by the FSMB, given the FSMB’s penchant for operating behind completely closed doors. But at the very least it signals the organization’s intentions. This is, after all, nothing out of the ordinary for the FSMB, which as historically been no friend of natural medicine.
The organization has demonstrated its antipathy toward natural health since the mid-1990s, when it discussed altering the definition of health fraud to include alternative medical care! It would appear that FSMB considers innovative approaches to healthcare to be nothing more than exercises in “quackery” (read: threats to conventional doctors’ or drug companies’ income), so it makes sense that it wants to see the practice of compounding severely restricted.
Operating in the dark as it does, it is hard to say who is running this private organization (yes, despite its misleading name, it is just a private organization) or setting its agenda. But we suspect, based on the available evidence, that it is funded and controlled by some combination of the American Medical Association and the pharmaceutical industry. If so, it is one of the chief forces behind the kind of corrupt crony medicine we see today.
We’ve reported to you before about the FSMB’s push to enact its Interstate Medical Licensing Compact in as many states as possible (for more background, read our previous coverage here). The Compact creates an Interstate Commission to oversee an expedited licensure process for physicians applying for licenses in states other than their own. This sounds reasonable on its face, but we believe it is actually an underhanded attempt to increase the organization’s already extensive control over the practice of medicine—power that we would expect to be wielded to shut down integrative doctors.
The FSMB’s legislation has passed in seventeen states so far, and there are live bills in two more states. Check below to see if your state is considering FSMB legislation, and click the link to urge your state legislators to oppose it.
Michigan
Pennsylvania