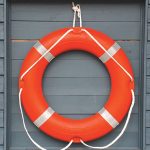 Will it be enough to rein in FDA’s outrageous power grab?

ANH-USA, together with a number of supplement trade organizations, went to Capitol Hill to plead our case about the FDA’s profoundly flawed NDI (new supplement) draft guidance in the offices of two powerful senators and longtime friends of natural health, Sen. Tom Harkin (D-IA) and Sen. Orrin Hatch (R-UT). Our visit was preceded by all the letters you have been sending to Congress, which have immeasurably increased the visibility of this issue. As you know, if this draft guidance stands, it would allow FDA to arbitrarily deny the sale of any supplement created (or modified) in the past seventeen years. Immediately after this meeting, Sens. Harkin and Hatch wrote to FDA Commissioner Margaret Hamburg and formally asked the FDA to withdraw its guidance document.
The senators urged FDA to begin work on a new draft that provides needed clarification on what constitutes a New Dietary Ingredient (NDI)—but, in their words, does not undermine Congress’s desire to provide consumers with access to safe, affordable dietary supplement products. Exactly!
These senators were uniquely qualified to make such a request, since they were the principal authors of DSHEA, the Dietary Supplement Health and Education Act of 1994. “When Congress included language in the Food Safety Modernization Act (FSMA) directing FDA to clarify when a dietary supplement ingredient is a new dietary ingredient, the expectation was that the guidance would be consistent with DSHEA,” they write. “Unfortunately, the draft guidance serves to undermine DSHEA in a number of important respects.”
They go on to outline the various arguments that we have been making in these pages for some time:

The senators requested that FDA meet with interested parties to work through all of the issues raised in our and others’ comments. Fortunately, FDA can’t just ignore the senators’ request, because the agency is required to work within legislative intent. Otherwise they would be creating new law—which legally they cannot do. This is one of the arguments we have been making all along—that FDA is in fact making new law with this draft guidance, and now Congress is calling them on it!
We would like to thank Senators Harkin and Hatch for being such stalwart champions of natural health, and for their leadership in this battle to prevent the FDA from usurping powers that they are not legally entitled to. We also want to thank every one of you for contacting Congress and the FDA and being such a vital part of this process.
We aren’t out of the woods yet—we’ll have another update soon with additional action items for you. The time may come for more specific legislative action, and we may find ourselves battling FDA in the courts as well. That’s why your continued support and activism is so terribly important. Together we can win this one, preserve your access to supplements, and keep supplements from costing as much as drugs.

111 responses to “Senators Give Supplements a Lifeline”