If you forgot the pharmaceutical industry, don’t worry. The federal government will take care of it for you.
The refrain we hear from representatives of the pharmaceutical industry is that drug costs are high because the research, development, and shepherding of drugs through the FDA’s approval process is astronomically costly. What they fail to mention is that the development of many blockbuster drugs are paid for by the taxpayers before being handed over to drug companies, which then proceed to charge exorbitant prices for the drug.
Take the example of Xtandi, a prostate cancer drug that costs over $9,700 per month. In 2015, global sales of Xtandi totaled $1.87 billion. The drug is being tested for possible use in the treatment of breast and ovarian cancer, meaning that profits could soar even higher.
Yet the research that led to the development of the drug was largely paid for by American taxpayers. Much of the R&D was conducted at UCLA, which sold the rights to the drug for over $500 million. UCLA was able to do the research through grants from the National Institutes for Health (NIH) and the Department of Defense. That’s not all: Medicare paid out $633 million for the drug in 2015, yet receives no discount for it. In fact, the cost of Xtandi is two to four times higher than in other countries!
US taxpayers paid for the research, the drug gets handed to Big Pharma, and then US taxpayers are gouged when they need to purchase the drug. Is there a more blatant example of cronyism in our healthcare system?
And don’t think that this is an isolated case: an estimated 40% of pharmaceutical research and development costs are underwritten by governments and private philanthropy—not by the drug companies that end up holding the patent and raking in the profits!
Remember, too, that Congress just voted to double down on this system: the 21st Century Cures Act includes billions of dollars for NIH to research and develop new drugs and cures, presumably to hand over to their Big Pharma cronies. (For more on this, see our accompanying article.)
Meanwhile, drug companies take advantage not only of these subsidies, but also of monopolies that are created and enforced by government. That is how Martin Shkreli increased the cost of a toxoplasmosis drug by 5,000% overnight, and why a new hepatitis C drug costs $1,000 a pill. This would not be happening in a market system. It is only possible thanks to our government.
See our earlier article for more reasons to “just say no” to legal drugs, and check out our accompanying video. 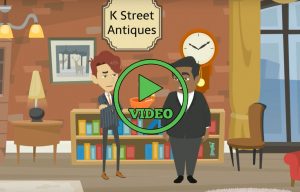 Other articles in this week’s Pulse of Natural Health:
Top Medical Crony to Be Retained by Trump Administration?
EPA Changes Its Tune on Fracking

8 thoughts on “Should Big Pharma Be on Your Holiday Gift List?”