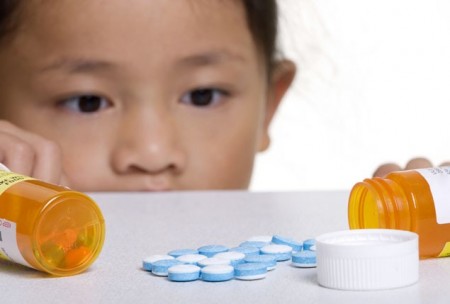 That seems to be the path a new recommendation is putting us on.

An expert panel appointed by the National Heart, Lung and Blood Institute, and endorsed by the American Academy of Pediatrics, is now urging cholesterol screening for all children between ages 9 and 11—before puberty, when cholesterol temporarily dips—and again between ages 17 and 21. News accounts discuss a family who put their daughter on cholesterol-lowering medicines when she was 5 (“that gives me hope that she’ll be healthy”) and a doctor at Johns Hopkins who thinks his 12-year-old son should be tested “because he has a cousin with very high ‘bad’ cholesterol.”
What is “bad” cholesterol, anyway? Conventional medicine says HDL cholesterol is good, and LDL is bad. But scientists at Texas A&M University have found that LDL cholesterol is actually needed by the body to build new muscle—a finding that is particularly important both for kids and for the rest of us as we get older and lose muscle more rapidly. It also helps get vitamin D around our body.
Moreover, as we reported last year, people with high cholesterol live the longest. Dr. Harlan Krumholz of Yale’s Department of Cardiovascular Medicine found that old people with low cholesterol died twice as often from a heart attack as did old people with high cholesterol. Many studies have found that low cholesterol is in one respect or another worse than high cholesterol. A review of nineteen large studies of more than 68,000 deaths by the Division of Epidemiology at the University of Minnesota found that low cholesterol predicted an increased risk of dying from gastrointestinal and respiratory diseases.
But even if you buy into the false dichotomy of good vs. bad cholesterol, the statin drugs that are routinely prescribed are extremely dangerous for people of all ages—and even more dangerous for children. Consider the evidence:

It’s not just statin drugs that are harmful. Many common blood-pressure lowering drugs have serious side effects, too: ACE inhibitors lead to kidney failure, Beta-blockers can cause dizziness and impotence, and calcium channel blockers can increase risk of heart attack. Yet researchers recently recommended that blood-pressure lowering drugs be given to everyone, regardless of actual blood pressure level! Will they be starting children on these too?
The good news is that every single one of these problems can be fixed entirely through diet. In a recent article, Dr. Mercola stated that the Paleo diet can be very effective for reducing blood pressure, cholesterol and triglyceride levels—more effective, in fact, than a statin drug—allowing people to achieve a thirty-point drop in cholesterol in just two weeks.
Dr. Stephanie Seneff explains that when you eat a diet high in fructose and other sugars, it overtaxes your liver—which can’t properly make cholesterol while simultaneously processing fructose. As a result, the fructose gets turned into fat, and you end up with impaired cholesterol formation because of your overtaxed liver, which can eventually lead to a cholesterol- and cholesterol sulfate deficiency. At that point, your body begins to form arterial plaque to compensate for this deficiency, because your platelets can produce the cholesterol sulfate your heart and brain needs within that plaque. It’s a sort of backup mechanism to maintain proper heart- and brain function.
Unfortunately, Dr. Mercola notes, it’s not an ideal backup mechanism, because arterial plaque also increases your risk for heart and vascular disease. Simply cutting fructose and most grains from your diet effectively eliminates one of the underlying causes of a number of health problems.
Sadly, our culture loves the myth of a pill to cure all ills—which is one reason the number of accidental drug poisonings among children aged 5 and under grew by 22% between 2001 and 2008, according to The Journal of Pediatrics. Prescription drug use by both adults and children is on the rise, and there are simply more bottles of pills in the home—childproof caps are a poor deterrent for a curious child. The biggest culprits were opioid drugs for pain relief, like oxycodone and codeine; sedatives, like muscle relaxers and sleep aids; and prescription heart drugs.

20 responses to “What’s Next? Starting Children on Drugs the Moment They’re Born?”