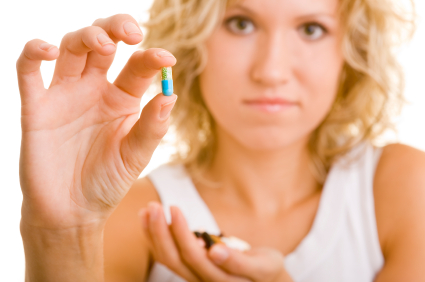 Could it be because the author of the CDC-funded study has ties to the pharmaceutical industry?

A recent study published in the American Journal of Public Health says that 50,000 women died in a single decade because they weren’t given estrogen after having a hysterectomy. The study authors believe this was likely due to safety concerns about synthetic estrogen arising from a 2002 Women’s Health Initiative (WHI) study.

A major limitation of the new study was that it did not include data from use of transdermal estradiol and bioidentical preparations (i.e. estriol), even though the authors acknowledge that “millions of postmenopausal women currently use one or more of these preparations.”

No explanation is given as to why they excluded this data despite their widespread use, but perhaps we need look no further than the fact that the study’s lead author has significant ties to the pharmaceutical industry. Philip M. Sarrel listed in his disclosures that he has served as an advisor or consultant for Novagyne Pharmaceuticals, Solvay Pharmaceuticals, Bristol-Myers Squibb, and Garr Labs. He has also disclosed that he serves on the speakers’ bureaus for Solvay Pharmaceuticals and Garr Labs—both of which make non-transdermal estradiol tablets!

As regular readers will know, bioidentical hormones are so important because they are produced naturally in the body. In a press conference, the FDA admitted that no adverse event involving compounded bio-identical estriol has ever been reported. Research involving 15,000 women funded by the Department of Defense and conducted at Kaiser-Permanente Oakland found that women who produced the most estriol during their first pregnancy had 58% less breast cancer over the next forty years. How can bioidentical estriol, identical to every woman’s natural estriol, be unsafe or ineffective?

Compare estriol to the pharmaceutical versions that either come from horses’ urine or are synthetic and imprecise versions of natural human hormones. Why would any woman prefer horse hormones or imprecise-yet-patentable copies of human hormone molecules to ones precisely identical to those found naturally in her body? Studies have also raised questions about possible heart and cancer risks from these hormones. This is why these drugs currently have Black Box Warnings on them.

Big Pharma has been trying to drive out bioidentical hormones for quite a while because safe estriol poses such significant competition. The latest threat was in the compounded medications bill. ANH-USA supporters and allies were able to win a big victory in protecting access to bioidentical compounded estriol in that bill.

19 responses to “Why Does a New Study Push Dangerous Estrogen Drugs but Ignore Bioidentical Estriol?”