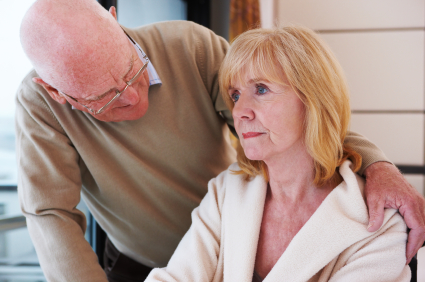 Behind a dangerous new test approved by the FDA is a new drug by the same company. Meanwhile, new research offers better natural solutions.


The US Food and Drug Administration has approved a new test from Eli Lilly & Co that detects the presence of proteins in the brain that have been connected to Alzheimer’s disease.

The test uses a $1,600-per-dose radioactive chemical called Amyvid that tags clumps of a sticky substance called amyloid proteins. Some of these proteins may become prions, that is, misfolded proteins that become toxic, but other amyloid proteins are relatively harmless. The chemical is then detected using a PET scan, a brain imaging technique.

In the October 12 issue of his Second Opinion newsletter, Dr. Robert J. Rowen warns that people who do not show signs of dementia should avoid this test—it’s not reliable. Some 20% of cognitively healthy older adults have been found in autopsies to have large quantities of amyloid in the brain, according to Denise Park, director of the Center for Vital Longevity at the University of Texas at Dallas. So why inject radioactive chemicals into the brain (of all places) for an unreliable test?

The FDA initially rejected Amyvid after an advisory panel had concerns that doctors would not be able to read and interpret scans correctly. But rather than changing the technology itself, Eli Lilly just came up with better ways to train doctors to use the test. The test remained the same, and FDA rubber-stamped its approval. It joins a growing number of imaging agents for Alzheimer’s, which together are estimated to have a global market of between $1 and 5 billion.

The FDA does not seem concerned that misreading the test results—or the test itself being inaccurate one-fifth of the time, which is even worse—means more patients will be misdiagnosed, and even more people will be scared into taking Alzheimer’s drugs.

Not coincidentally, we think, Eli Lilly has developed a new drug to go along with their new test. It’s called solanezumab, and it’s currently undergoing clinical trials. The drug was a failure in two trials of late-stage Alzheimer’s, but new data suggests it may slow memory loss by 42% in patients with a mild form of Alzheimer’s, which is why their early-detection test is so important: it’s only on those patients that their new drug may help at all!

There are some pesky side effects from the drug—such as cases of chest pain (angina) caused by not enough oxygen-rich blood going to the heart. Apparently that’s considered a fair trade-off for a 42% chance that your memory loss will be slowed a bit. We wish we understood how the FDA can get away with thinking like this.

The great shame of it all is that there are many safe and effective natural treatments for Alzheimer’s that are being ignored by the mainstream medical establishment. For example, a new study from the University Medical Center in Amsterdam found superb results in patients with mild Alzheimer’s using a combination of supplement ingredients: fish oil high in DHA; PhosChol; and Uridine-300, a supplement that reduces abnormal nerve firing patterns in seizure, ADHD and ADD, autism and toxic CNS neuropathy, as well as organic brain syndrome. These primary ingredients were combined with small amounts of selenium, B vitamins, and alpha-tocopherol.

Last year, University of Kentucky researchers showed how important vitamin D is for the brain—they believe it may help brains stay “greased” during middle age. For cases where damage has already been done, fish oil shows tremendous ability to help rebuild the brain, though hyperbaric oxygen therapy (HBOT) remains the best treatment for brain injuries. Also avoid toxic chemicals such as BPA, which has been shown to impair memory and alter brain structure.

34 responses to “The Latest on Alzheimer’s”