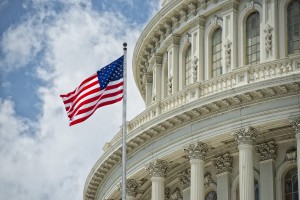 One of integrative medicine’s greatest foes got re-elected. But it’s not all bad. Here’s an overview of what we can expect in the months ahead. State-based Action Alert!
The 114th Congress was sworn in on January 3. Republicans now control both chambers, but lack the supermajority needed in the Senate to pass legislation—and of course President Obama can veto as well. So neither party has the upper hand.
The outlook for natural health is mixed. On the upside, the notorious enemy of nutritional supplements, Rep. Henry Waxman (D-CA), has retired. On the downside, Sen. Dick Durbin (D-IL), who has long demonstrated a bias against dietary supplements, was re-elected. Our article on the senator will give you a taste of his career-long attempt to give FDA the power to sweep thousands of supplements off the shelves. He lacks prominent allies at the moment; it is our job to keep it that way.
One of natural health’s greatest champions in Congress, Sen. Tom Harkin (D-IA), has also retired. The other major champion for nutritional supplements in the Senate, Orrin Hatch (R-UT), will likely retire in 2018. We need to enlist more congressional representatives and senators in the cause now, before Hatch retires and can no longer play defense against the attacks of monopolists in mainstream medicine and the drug industry.

There are some exciting changes on important House committees that could benefit dietary supplements: