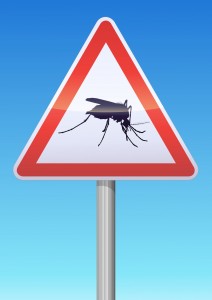 News of the mosquito-borne outbreak may have been suppressed so as not to hurt tourism, and once again natural antivirals are being ignored
Chikungunya (pronounced chik-en-GUN-ya) is a serious problem in the Caribbean and surrounding areas. Over 800,000 people contracted the virus last year.
The outbreak was first reported by the World Health Organization in December of 2013, but it appears to us that not enough is being done to disseminate needed preventive information in a region so dependent on tourism. Health ministries in the affected regions have been slow to warn visitors. Jamaica, one of most heavily affected countries, only released steps to prevent the spread of mosquito-borne illness in September of 2014.
Many people have contracted chikungaya in the Caribbean and have brought it to other countries, especially the US and the UK. However, at least eleven people so far have reportedly acquired the virus in the US—that is, they didn’t contract it while in the Caribbean. This raises the very real possibility that the virus will spread throughout the country.
Chikungaya affects the joints in particular, and has been described as a “strong flu” with severe arthritis-like joint pain. The virus is not usually fatal (there have been only 100 reported deaths across all affected regions), but the painful symptoms can last from two weeks to many months—or even longer.
Here again we see that natural health preventions and treatments are not being used or even discussed. This is a shame, as there are natural antivirals that appear to be more effective and far safer than traditional pharmaceutical protocols.
As we discuss in our article on “Frankenmosquitoes,” authorities are planning to release a genetically modified mosquito population to combat dengue fever in south Florida, where dengue fever does not appear to be a problem. But why are they focused on dengue fever and not chickungunya, the more pressing issue? Could it be because the FDA is eager to promote a biotech company’s new GMO product?