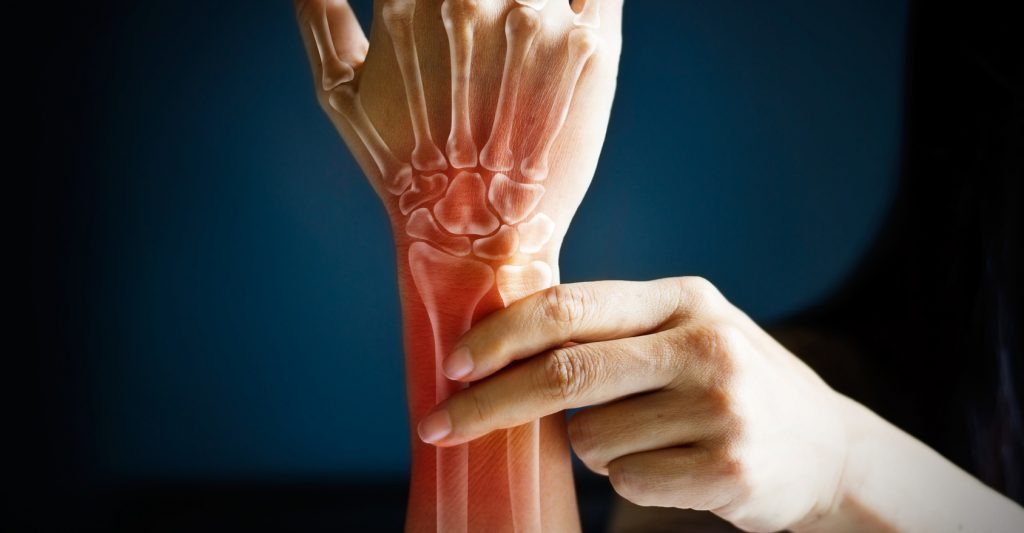 FDA opens a new front in the war against natural medicine.  Action Alert!

In the midst of an opioid epidemic that is killing nearly 100 people every day, the FDA has taken action against a natural medical food that offers patients an alternative to opioids.

Last November, the FDA posted a warning on its website concerning Limbrel, a medical food* marketed by Primus Pharmaceuticals for the management of osteoarthritis. Then, in December, the agency recommended that Primus voluntarily recall Limbrel. The stated reason for the warning is that the FDA is investigating serious adverse events involving Limbrel.  In a letter to Primus, the FDA states that 194 adverse event reports for Limbrel were received between 2007 and 2017—about 20 a year.

Consider that NSAIDs (non-steroidal anti-inflammatory drugs), an alternative treatment for arthritis, cause approximately 107,000 hospitalizations every year, along with an estimated 16,500 deaths among arthritis patients alone.
Limbrel’s two main ingredients are Chinese skullcap and catechin, a flavonol and antioxidant found in blueberries and other fruits, as well as brewed tea, chocolate, and red wine. Chinese skullcap has been used safely in traditional Chinese medicine for many, many years.

Further, FDA asserts that Limbrel doesn’t meet the definition of a medical food. To those familiar with the FDA’s final guidance on medical foods, this should come as no surprise. As we’ve detailed previously, that guidance drastically limits the number of medical conditions that medical foods can claim to help manage. FDA’s examples are restricted to rare genetic conditions that affect a small fraction of people, and are not applicable to patients who have more common disorders, no matter how controllable the condition might be with medical foods.

To give a sense for how outrageous the agency’s thinking is on this matter, the guidance specifically excludes diabetes—both type 1 and type 2, as well as gestational diabetes—because, according to the FDA, diabetes can be controlled by simply managing or tweaking one’s normal diet (together with taking FDA-approved drugs, of course).

This is consistent with the usual FDA stance that there should be as little competition as possible for approved drugs. By contrast, nearly all integrative physicians and even many conventional doctors would argue that diabetes requires very aggressive nutritional intervention, and medical foods can be a vital part of the treatment plan.

Restricting medical foods will have real consequences. Merely tweaking one’s normal diet is not sufficient to provide enough nutrients to correct certain conditions. Leaving aside our nutrient-depleted soil, there’s the fact that many (or even most) people have extremely poor eating habits. Perhaps it’s because they haven’t been clearly taught about a proper diet for their disease, or perhaps they lack the discipline required to monitor their eating carefully. Whatever the reason, making a few changes to the standard American diet, without the support of medical foods, will almost certainly not be enough to manage conditions like diabetes or nutrient-deficient diseases.

Given that opioids, including legal drugs like morphine and fentanyl, are killing 100 people a day, it is difficult to believe that the FDA is motivated by safety concerns in its actions against Limbrel, a product that could be substantially reducing that death toll. Sadly, it is more likely that the agency is sending a message to the medical foods industry, because these products compete with the pharmaceutical drugs that fund the FDA.

*Medical foods form a separate category from conventional foods and supplements in that they are intended to meet specific nutritional requirements for the management of a disease or condition, and are used under medical supervision. Like drugs, medical foods can make disease claims, but unlike drugs medical foods do not require FDA premarket approval and do not need to substantiate disease claims with random controlled trials.

Action Alert! Write to the FDA and tell them that 1) this attack on Limbrel, an alternative to opioids, is outrageous in the midst of an opioid epidemic, and 2) the agency must amend its restrictive position on medical foods. Please send your message immediately.