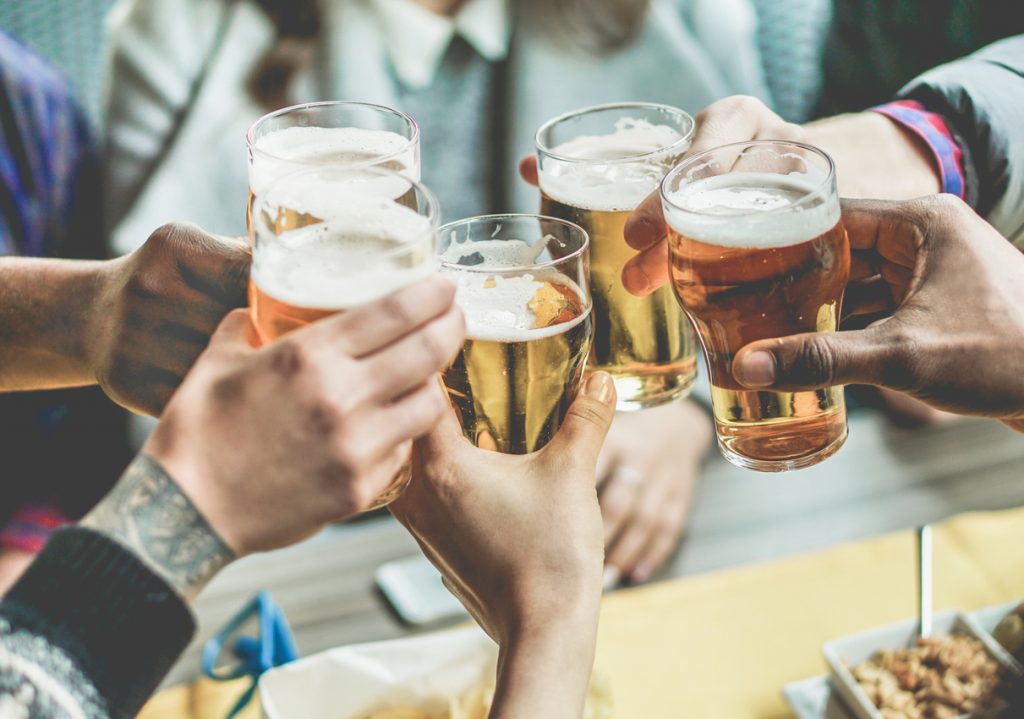 Raising the drinking age in the United States has been a total public policy failure.

It has been doing for 18-21 year olds what national prohibition did for the whole country in the 1920’s—promoting rather than restraining binge drinking.

In 1984, President Reagan signed the National Minimum Drinking Age Act, which gave states an ultimatum: raise the drinking age to 21, or lose 10% of federal highway construction funds. This was ironic since Reagan claimed to want less federal government and a larger role for the states. One by one states raised the drinking age, making the US one of only a dozen countries where those under 21 cannot purchase even beer or wine. For most other countries, the legal drinking age is 18.

The federal bill was pushed through by Mothers Against Drunk Driving (MADD). They pointed to the thousands of fatalities caused by underage drinking and driving. The goal was noble— to save lives, including young lives. But, it hasn’t worked that way.
Consider the following statistics:

The reasons for rampant and spiraling binge drinking among young people are fairly obvious. It is the allure of the forbidden fruit. In addition, because of the age limit, teens are exposed to alcohol in settings without responsible oversight, and dealing illegally both sellers and buyers focus on the most potent products. This phenomenon, in which illegal substances become sold in deadlier and deadlier forms because of reduced risk of detection, is true of a wide range of drugs. For example, heroin is sold rather than the opium from which it was derived because it is much easier to transport and conceal it.

Lowering the drinking age again could help. Some researchers even suggest lowering the drinking age further than 18– to as young as age 7 or 8 so long as it takes place in the home supervised by parents. This emulates a successful European cultural model where young kids are served small amounts of alcohol at family meals. By doing so, parents educate their kids about alcohol and rob it of the taboo that leads kids to sneak off and binge away from adult supervision.

We should learn from history. It is well documented that Prohibition, which lasted from 1920 to 1933, failed to decrease overall alcohol consumption, and ultimately led to vastly more drinking. Students of the period estimate that a few years into Prohibition alcohol consumption was back up to 60-70% of pre-Prohibition levels, as illegal sources became established, and then kept rising.

The five martini business lunches popular during the 1960s can be traced directly back to Prohibition. Before prohibition, nobody would have thought that normal or acceptable. And, far from reducing crime and corruption, Prohibition also led to a golden age of organized crime with the likes of Al Capone and other bootleggers.
The fact of the matter is that a legal drinking age of 21 is not preventing alcohol consumption and abuse for those under 21, and could, in fact, be making it worse.

And it is making it worse at a time when irresponsible cell phone use, marijuana use, and especially prescription drug use, including opioids, are creating problems as bad or worse than alcohol. When golfer Tiger Woods was cited for driving while intoxicated, he had not been drinking. Reports indicate that he had been using prescribed drugs.

For those who are addicted to alcohol and other substances, there are natural ways to treat it. One of the most promising, based on recent research, is vitamin C, especially intravenous vitamin C. If intravenous C is unavailable, liposomal C will provide some although not all of the benefits. Regular exercise can also help counteract the negative effects of chronic drinking.

14 responses to “Time to Face Facts About Drinking Laws”