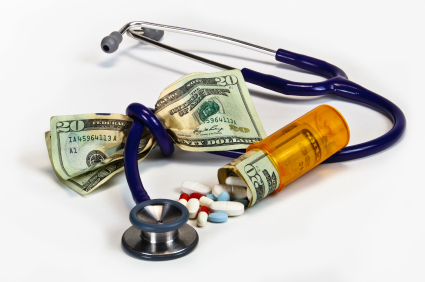 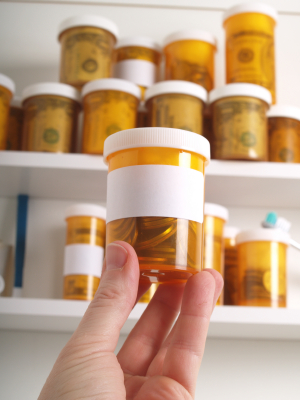 
Mainstream medicine too frequently relies on pharmaceuticals to solve problems that FDA-approved medicines caused in the first place. Take, for example, delirium—a kind of mental confusion that’s a common complication of hospital admission, especially among people over 65. It is one of the biggest drains on the healthcare system, costing between $38 and $152 billion per year in the US alone. Patients who become delirious are more likely to die while hospitalized and in the months after leaving, and many suffer permanent loss of their mental faculties.

Worst of all, say researchers from Vanderbilt University, in many hospitals three-quarters of delirium cases go undiagnosed because patients are often quiet and withdrawn rather than agitated and hallucinating. As you will see, the undiagnosed patients may actually be better off.

Next month, Vanderbilt researchers will begin a study to see if giving antipsychotic drugs in an intensive care unit (ICU) can reduce delirium and subsequent cognitive decline.

Shockingly, the truth is that delirium is often triggered by medication given in hospital. Drugs that boost activity of the neurotransmitter dopamine, or block the effects of acetylcholine, increase the risk of delirium. Sedatives that are widely prescribed in an ICU and to patients undergoing surgery seem to be particularly risky in this respect.

Think about this: Even though one of the triggers of delirium is hospital-prescribed drugs (sedatives), the solution they’re considering is to prescribe even more dangerous and potentially damaging drugs (antipsychotics).


Side effects of the antipsychotic drugs which researchers hope will help with delirium include weight gain, type II diabetes, hyperlipidemia, inflammation of the heart muscle (myocarditis), sexual side effects, cataracts, and even more severe mental problems.

Why would trained researchers want to give delirium patients anti-psychotic medication? Are they delirious themselves? Or is this just more crony capitalism involving the corrupting effect of drug company money? It certainly won’t be hard to find drug company funding for this trial.

Integrative approaches can address the ICU delirium risk factors with less invasive common sense procedures. Keeping patients mobile, well-nourished, hydrated, and mentally active, giving them undisturbed sleep, and minimizing the use of mechanical ventilation have been shown to reduce the risk of delirium by 40%. It is hoped that providing individually tailored treatments, increasing physical therapy and problem-solving exercises, and avoiding certain drugs will further reduce that risk.

This problem—treating delirium with drugs likely to make the patient much worse, is not an isolated case. Drug treatments in general—even commonly prescribed medicines—often do more harm than good. For example, European researchers who tested more than 4,000 elderly people found that those who took an aspirin every day to reduce the risk of stroke were twice as likely to be diagnosed with late-stage age-related macular degeneration as those who did not. That is in addition to the risk of intestinal bleeding from this favorite drug.

Likewise, many common blood-pressure lowering drugs have serious side effects: ACE inhibitors lead to kidney failure, Beta-blockers can cause dizziness and impotence, and calcium channel blockers can increase risk of heart attack. Yet astonishingly, researchers recently recommended that blood-pressure lowering drugs be given to everyone, regardless of their actual blood pressure level!

We have written before about the risk of taking statins, the most widely prescribed drug in the world, for so-called high cholesterol. Even the entrenched medical dogma that HDL cholesterol is good and LDL is bad may not be right, or may at least be oversimplified. Scientists at Texas A&M University have found that LDL cholesterol is actually needed by the body to build new muscle—a finding that is particularly important for us as we get older and lose muscle more rapidly.

All of this illustrates why one-size-fits-all medicine, run or mandated by government and heavily influenced or controlled by corporate interests, will always lead to bad medicine. We need real competition in medicine, with many options available, so that new ideas and new research have a chance to be heard, and which patients and doctors have the right to choose.