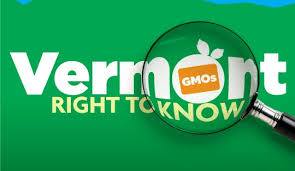 Vermont consumers will be the first in the nation to have a clear choice.

On April 23, the Vermont legislature passed a bill mandating that all GMO foods be labeled by July 2016. The bill will now go to Governor Peter Shumlin, who has said he will sign the legislation into law.

Not everyone is celebrating. Karen Batra, spokeswoman for the Biotechnology Industry Organization, lamented that, “It’s disappointing that Vermont sees a need to implement such a costly and confusing food labeling program, and that it takes this action despite unequivocal scientific evidence supporting the safety of foods containing genetically modified ingredients. Any state-based law requiring the labeling of foods that contain GMOs creates extra costs for farmers, food manufacturers, distributors, grocers and consumers.”

Ms. Batra’s statement is riddled with inaccuracies. In point of fact, GMO labeling won’t raise costs for consumers or farmers! Moreover, despite what the biotech industry says, GMO foods have not “unequivocally” been proven to be safe—far from it. In fact, in animal studies, they’ve been linked to cancer, birth defects, and digestive issues. It is true that much more research needs to be done about GMO safety, including possible epigenetic effects that would only show up in future generations, but industry has done everything in its power, which is considerable, to squelch such research and those researchers brave enough to undertake it.