Yesterday, Connecticut passed a law requiring foods with genetically engineered ingredients to be labeled—and it’s all thanks to your grassroots activism! 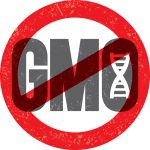 Connecticut has taken a first important step. The House version of its Label GMO bill (which ANH-USA helped draft) passed the Connecticut Senate unanimously on Saturday, and passed the legislature 134 to 3 on Monday. Our hope is that this bill will inspire neighboring states to take similar action so the trigger can come into effect as quickly as possible.

The bill now goes to Gov. Dannel P. Malloy’s desk to be signed into law, and there good reason to believe he will do so—he has already issued a statement of support of the bill.

Unfortunately, the House version had the provision requiring four states to pass similar GMO labeling laws, so long as those states in the northeast region have a combined population above 20 million (it was originally 25 million, but the language was amended). We would have preferred that the legislature had passed the stronger Senate version of the bill, which carried the standalone provision we told you about last week, but this nevertheless sends a strong message that Americans demand to know what is in their food!

Once again, we must give you the credit for your superb response to our Action Alert. Now—residents of other states in the Northeast, start petitioning your legislators for a GMO labeling bill in your state!