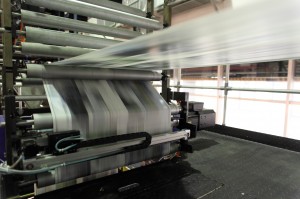 Should “experts” be given a pulpit without one word about their serious conflicts of interest? Action Alert!

Last month the Wall Street Journal published Dr. Paul Offit’s pro-vaccine screed without disclosing his major financial conflict of interest. As we reported then, he’s the inventor of the rotavirus vaccine RotaTeq, which is now recommended for universal use among infants by the CDC. He makes untold amounts of money from vaccines. He is entitled to his opinion, however ill-informed it may be, but it is shameful that the prestigious Wall Street Journal has not insisted on a full disclosure of his financial interest.
Readers like you sent over sixteen hundred letters to the Wall Street Journal, asking them to publish an editorial note and correction of their omission of Dr. Offit’s financial connections to the industry he is trumpeting so loudly. The WSJ has not done so, and has not responded to our letters.
Unfortunately, conflicts of interest—which often lead to important clinical data being deliberately concealed by the pharmaceutical industry—are rampant in today’s scientific research. The relationship between conflicts of interest and withheld or distorted data is illustrated by the Tamiflu/Relenza saga.
You may recall our report on how Roche Pharmaceuticals withheld critical data about the flu virus drug Tamiflu. The withheld data suggested the drug was no more effective than aspirin. This meant that billions in taxpayer dollars had been wasted because the US had stockpiled over 37 million doses of the useless stuff. We also reported the ineffectiveness of GlaxoSmithKline’s antiviral drug Relenza, which reduced rates of infection by only 8%. Compare this to the 58% effectiveness rate of vitamin D3!
Since our reports, a study was published in the British Medical Journal examining 170,000 pages of data from twenty Tamiflu trials and twenty-six Relenza trails. The study concluded that the drugs’ efficacy on complications from influenza (e.g., pneumonia) could not be determined, and noted that when Tamiflu was used in prevention trials, there was an increased risk of headaches, psychiatric disturbances, and renal events. Tamiflu also failed to prevent flu patients from carrying the virus and spreading it to others.
Roche isn’t backing down. The company cites data published in Lancet Respiratory Medicine which, they claim, demonstrates the effectiveness of their drug. Here’s where the conflicts of interest come in. Of course, they could not lay claim to impartiality in the study—it was funded by Roche! In fact, seven out of eight studies by researchers with financial conflicts of interest touted the effectiveness of neuramindase inhibitors such as Tamiflu and Relenza) and recommend their use, according to a study published in Annals of Internal Medicine. By contrast, of the twenty-nine studies conducted by scientists who didn’t receive money from the makers of the flu drugs, only five had favorable outcomes!
Such disturbing financial conflicts of interests have been influencing science for a number of years now. Marcia Angell, former editor of New England Journal of Medicine, pointed out in her 2004 book The Truth about the Drug Companies that PhRMA, the lobbying group Pharmaceutical Researchers and Manufacturers of America, employs more Washington lobbyists than there are members of Congress. Since 2007, the group has spent more than $155 million on lobbying.
Here are some further distressing facts:

Conflicts of interest are not just troubling. They also throw a shadow on every positive outcome, making a mockery of any attempt at serious research.
Action Alert! Even if you have done so already, please send a message to the Wall Street Journal. Ask them why they are ignoring our calls for them to disclose their contributors’ financial interests, and once again ask them to publish an editorial note and correction of their omission. Send your message today!