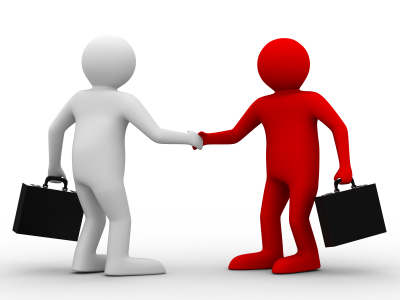 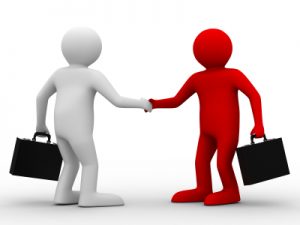 Does AARP really speak for the elderly? Or the AMA for doctors?

In Washington, AARP (the American Association of Retired Persons) is said to represent the interests of retirees in arguments about medicine. Their endorsement of President Obama’s Patient Protection and Affordable Care Act was mentioned reverently during the October 3rd presidential debate. Similarly, the AMA (American Medical Association) is said to represent the interests of doctors.
But do these groups actually represent anyone other than their members? Is their support basically for sale?
Consider AARP. It gets only about 20% of its revenue from its members. Over 50% comes from its medical insurance business where it has the largest share of “Medigap” policies, the policies that fill in the holes in traditional Medicare. When the administration sought AARP’s support for the Affordable Care Act, it promised to exempt Medigap policies from the requirement that insurers could not turn away people with preexisting conditions. Not only that, it also promised to exempt Medigap policies from rate review. (Ordinarily, health insurance companies must tell consumers when they want to increase insurance rates for individual or small group policies by an average of 10% or more.) In the end, Medigap was exempted from most of the law.
If that weren’t enough, the Affordable Care Act targets Medicare Advantage plans run by other private insurers. If these do not survive, and we expect they won’t, seniors currently in these plans will fall back into traditional Medicare and need—you guessed it—Medigap coverage, the field that AARP dominates.
Given these deals, South Carolina senator Jim DeMint may not be exaggerating when he calls the relationship between AARP and the White House “a protection racket.” He also alleges that AARP has engaged in a secret lobbying campaign to prevent Medigap reforms which would have saved 80% of of seniors enrolled an average of $415 a year.
What about the AMA, then? Is it doing what it says it is doing in Washington—protecting the best interests of doctors? Perhaps not, if the dwindling number of doctors who are currently members is any indication.
The word in Washington is that the administration assured AMA support for its legislation by 1) promising not to implement doctor reimbursement cuts in Medicare that had previously been written into law, and 2) threatening to pull the medical coding contracts with the US Department of Health and Human Services that constitute the largest share of the AMA’s income, estimated by one source to be $50–80 million.
Have you noticed your doctor filling out a yellow code sheet indicating what services he or she has provided? That is a coding system run by the AMA and paid for by the government—and it is a monopoly. Have others tried to offer a competitive coding system? Yes, and a much better coding system at that. It is called the ABC system, which we reported on two years ago, but Health and Human Services has essentially blocked it from becoming competition for the AMA. No wonder Dr. Richard A. Armstrong says, “The AMA is a corporation in the business of selling and protecting its [coding system] income stream, not its doctor members.” (Read more about the ABC coding system in this article.)
There are a lot of things wrong with American medicine today, especially its disregard for real prevention in the form of diet, supplements, and exercise in favor of toxic drugs and surgery. But much of the problem, in the final analysis, goes back to a crony capitalist system dominated by special interests and their allies in government.
With the election over, it’s a good time to remember that crony capitalism permeates both parties, and we have a lot of work to do to keep medicine a “helping” profession with high ethics, not a place for special interests to get rich.